Tiny Villages along West Side Road 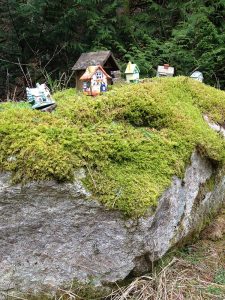 Are the miniature villages on rocks along West Side Road proliferating, or have there always been half a dozen or more? I’ve been enjoying one of them for several months, and perhaps it’s been there for years. It’s not on my daily rounds, so it was only this week that I saw a second grouping, and then yesterday I saw several.

Those who live out there, or who drive that road frequently could tell us how long they’ve been gracing the moss-covered rocks there. Someone has a whimsical mind set, and maybe there are several “someones.” Public art, or pop-up art — it adds joy to the mundane. And I for one treasure it. 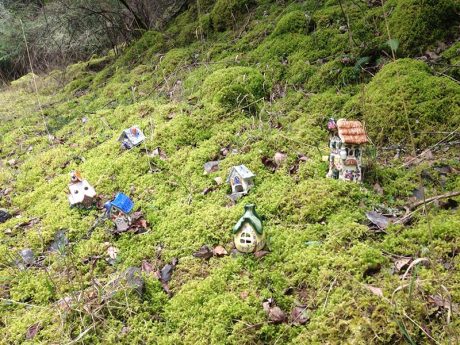