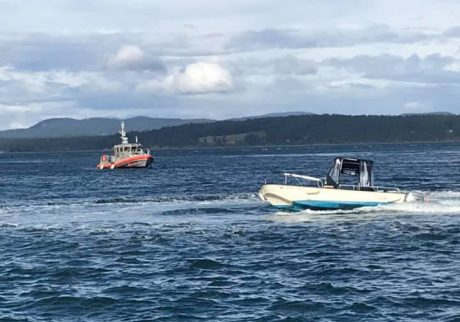 A boater swam to shore near Brown Island Thursday leaving a powerboat running without an operator.

The San Juan County Sheriff’s Office received a report of someone in the water Thursday. When deputies arrived, the person had safely swam to shore but the boat was still motoring in circles without anyone aboard, according to deputies.

Deputies and the U.S. Coast Guard monitored the vessel for about three hours until the boat ran out of fuel and returned the Boston Whaler to the owner, deputies said.