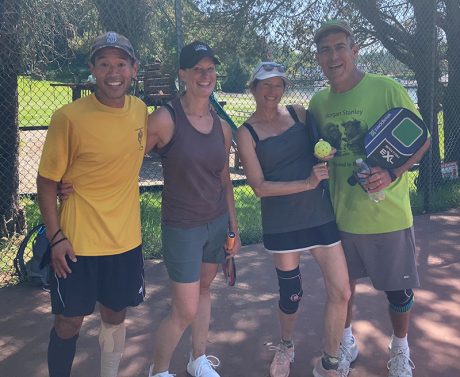 Island Rec was joined by over 50 pickleball players the weekend of May 15 at its first annual pickleball tournament.

A big thank you to Roche Harbor for hosting all our local pickleball enthusiasts.

Congratulations to Christine and Kevin Lee for winning first place in Saturday’s mixed doubles and to Gib and Leah Black for winning second place.