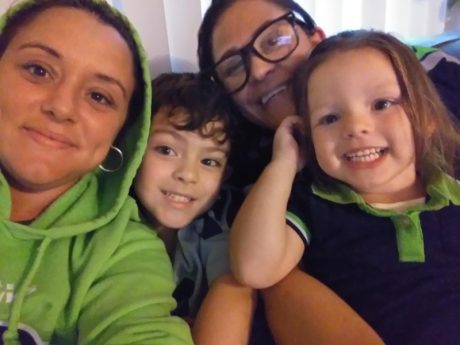 During the month of June, San Juan County joins Washington state in celebrating Family Reunification Month, which honors the many families who have successfully reunified after having a child removed due to a child welfare action.

The goal of Washington state’s child dependency system is to safely reunify children with their families. Most children in our state are reunified with their parents after the parents receive support and services to alleviate the reasons the child became dependent.

The month celebrates the parents who have put in the hard work and effort required to reunify with their children.

“Family Reunification Month celebrates the successes of the dependency system — the safe support of children remaining with their parents while parents seek necessary skills and support, and the return of children temporarily removed from homes when necessary to allow parents to get the help they need,” said Superior Court Judge Kathryn Loring. “Reunification is possible only due to the dedication and hard work of all involved — starting with the parents,”

Stephanie Goudelock is the coordinator for the Parent for Parent program which supports parents as a new partner through the San Juan County Juvenile Court Services.

Stephanie successfully navigated the dependency system, herself, and was reunified with her children on March 23, 2017. She wants other parents to know “reunification is possible.”

She is uniquely qualified to support other parents who find themselves in this position and commended San Juan County’s recognition of Family Reunification Month.

This training will reinforce their role in seeking family reunification in their work as court-appointed representatives of the “child’s best interests” in child dependency cases.

The Volunteer Guardian ad Litem Program is seeking new volunteers. If you are interested in learning more, contact Cheryl Kringle at 360-206-9709 or cherylk@sanjuanco.com.