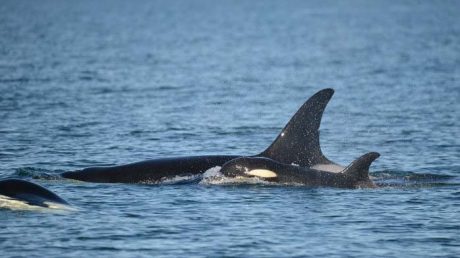 The Cen­ter for Whale Research shares this story…

What is it, when does it hap­pen, and what are the causes?

Sev­er­al weeks ago, K21, the old­est male killer whale (orca) in the South­ern Res­i­dent com­mu­ni­ty, was pho­tographed and videoed in a state of severe ema­ci­a­tion, show­ing an extreme ver­sion of what killer whale researchers some­times refer to as “peanut head.”