Register for Summer & Fall at SVC

Taking a Couple Weekends Off

I just heard this about Yoga this weekend and next, so plan accordingly… For Katerina’s yoga classes at XYZ, there will be NO class for the next two weekends: NO  9:30am classes on: Saturday & Sunday July 4th, 5th July 11th, 12th YES! We will have weekday 5:30pm classes. 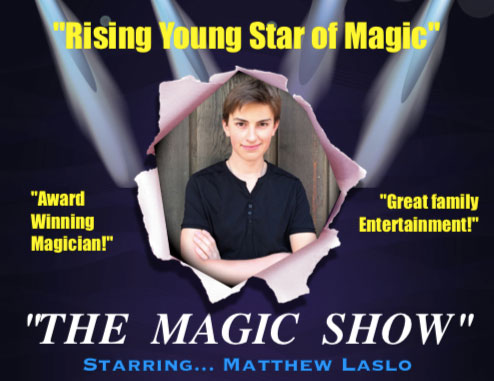 Orcas Island magician Matthew Laslo is launching a summer tour of the San Juans! Matthew is a local, rising young star and award winning magician & illusionist who fell in love with the art of magic at seven years of age. Now seven years later at 14 years old, he’s created his own full-length illusion  Continue Reading 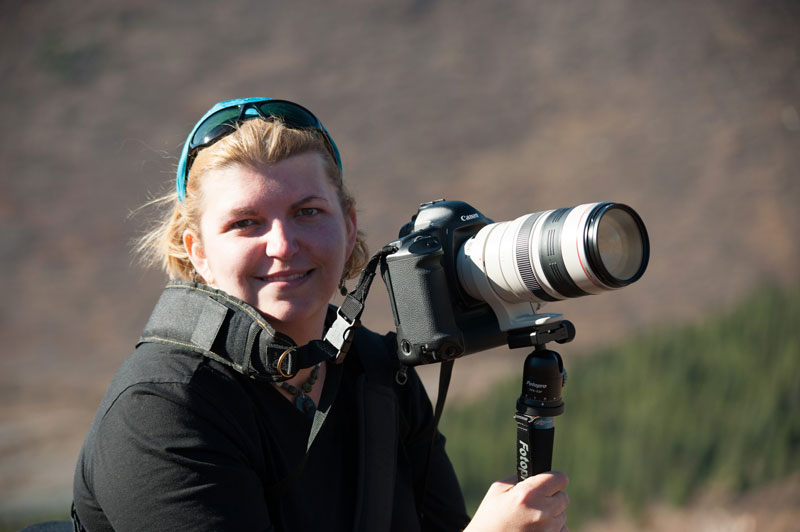 Volunteer of the Month – Traci Walter

The Animal Protection Society of Friday Harbor is happy to announce The Volunteer of the Month for June is Traci Walter. Traci is the official photographer for the animal shelter and can always be relied upon to come to the shelter when new pets arrive to photograph them for the APS-FH website, Petfinder and Pet-of-the-Week  Continue Reading 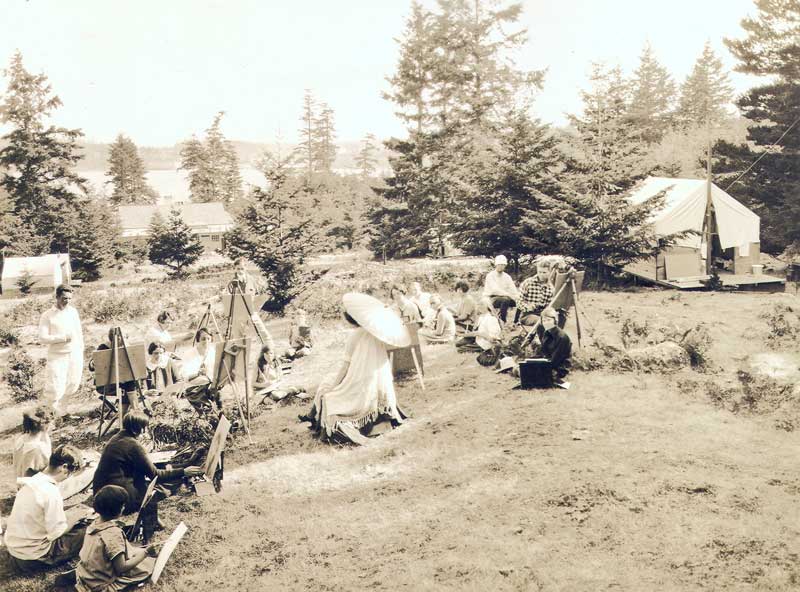 It’s the SJ Historical Society, back with this month’s History Column… July is an active month for island art lovers, with the Friday Harbor Art Market at Brickworks Plaza each Friday and the Summer Arts Fair, now in its 20th year, coming up on July 11. But the island was abuzz with art activity long  Continue Reading

Stephanie Prima shares this “final installment” of the Chosen series… Many people don’t like to think about unpleasant things that may happen. They prefer to believe that if they don’t know about it, it isn’t real. Domestic Minor Sex Trafficking is a dark, little-known crime for sure, but it is a steadily growing and very  Continue Reading 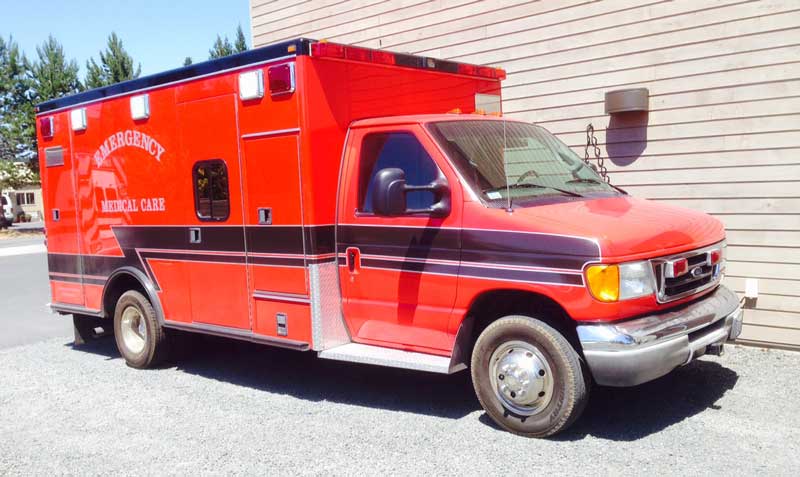 EMS has a New-Used Ambulance

You may have noticed a new red ambulance in front of the aid station on Spring Street. Two years ago an ambulance search team formed to identify new ambulance specifications to replace the current 22 year ambulance, an old Ford E350. It was determined by researching industry standards, Emergency Vehicle Technicians recommendations, and operational cost  Continue Reading 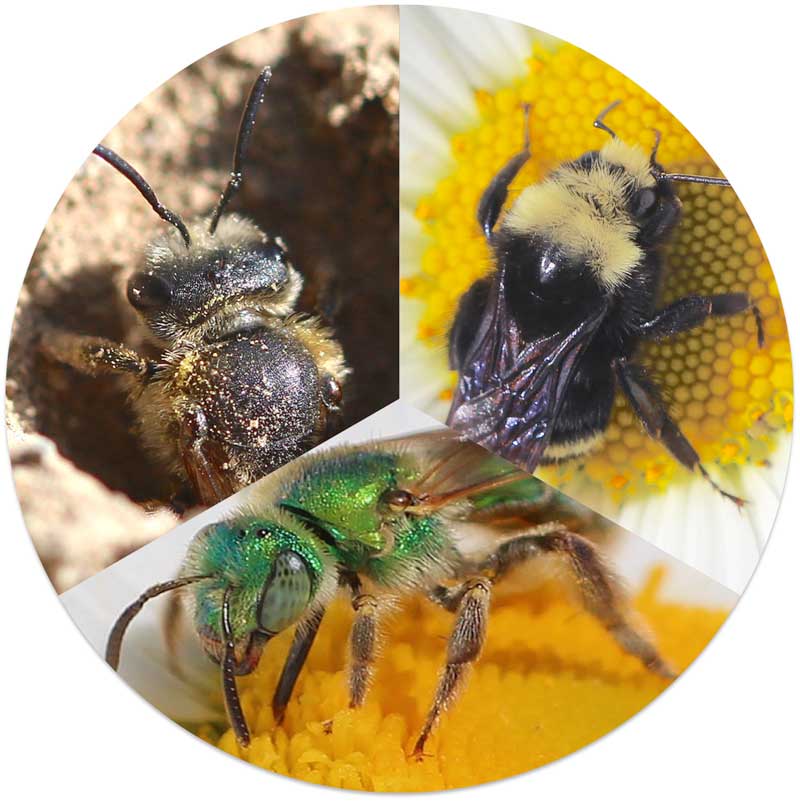 Beyond the Hive: the Surprising Lives of Native Bees

What are native bees?  They’re not honeybees, and they’re not wasps or other pesky, stinging insects.  In fact, they are a diverse collection of beautiful, beneficial creatures easily seen and found throughout the islands. Dr. Chris Looney from the Washington State Department of Agriculture will introduce us to the lives and habits of these fascinating  Continue Reading

What a night…. I’m still trying to catch my breath! So many people to thank, if I leave anyone out, please add to the list! Thank you to everyone who attended the Wags to Riches Event this year. It definitely was a night to remember! This community is so giving… thank you for helping us  Continue Reading 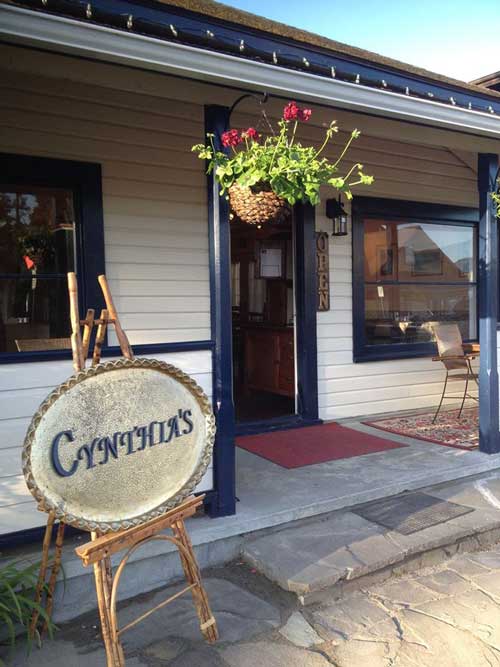 You probably already know this but if not – Cynthia (of XYZ Movement Arts, Red Checkered Picnics and “Cynthia’s Of Course”) has opened a new restaurant at 65 Nichols across from the Barking Bird. It’s called… “Cynthia’s“! Breakfast and lunch are the offerings for now, with open hours from 7 am (8 am on Sundays) to 3  Continue Reading 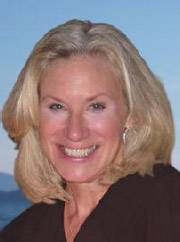 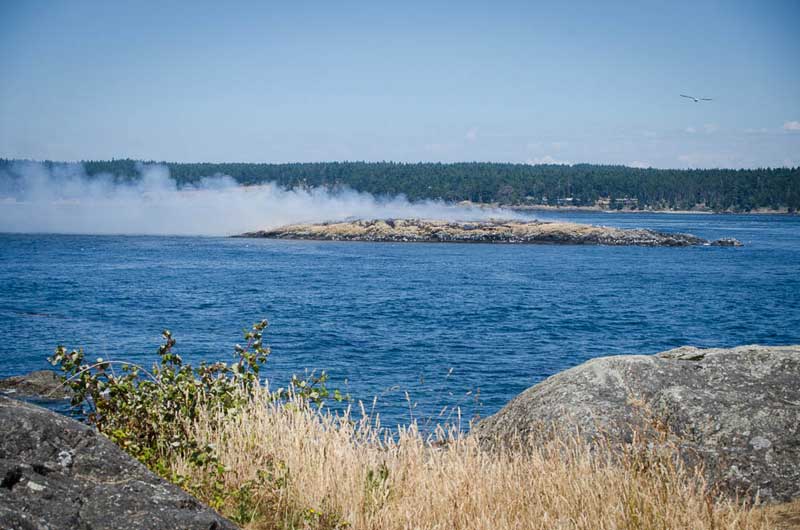 Here’s a note just in this afternoon from San Juan County Parks, Recreation and Fair Department… Due to extremely dry conditions, a burn ban is now in effect at all San Juan County parks and campgrounds. At this time briquettes may be used in designated fire rings and propane cook stoves are allowed for cooking. County Parks  Continue Reading 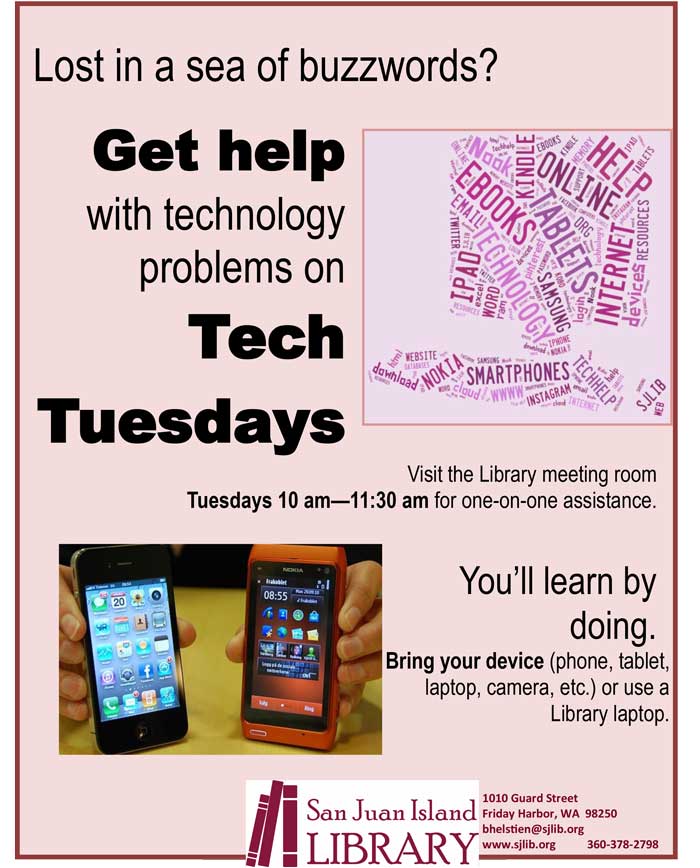 Get Help with Technology on Tech Tuesdays 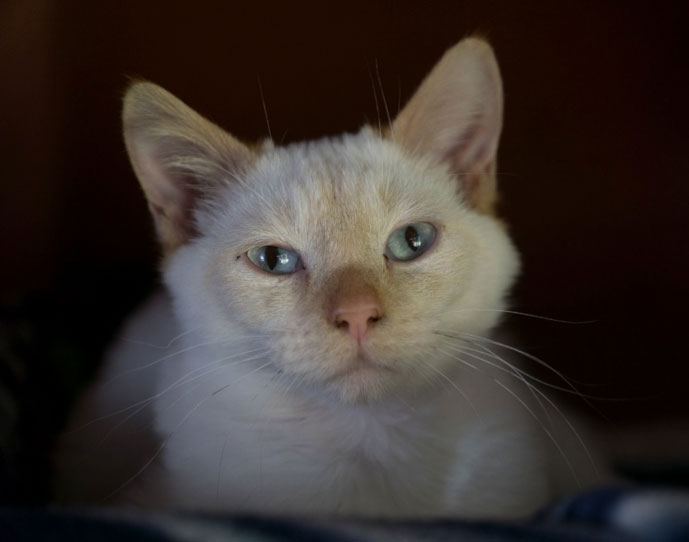 What’s up? My name is Coulee, but I should have been named “Sinatra” what with my gorgeous blue peepers. I’m told that I’m a flame point Siamese fellow, but to be honest with you, I’m really just a terrific cat. I’m only about six months old, but I already know a lot about life. I  Continue Reading 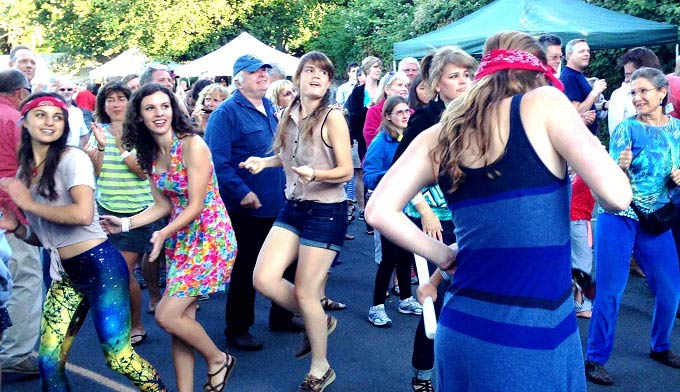 Bring your appetite and dancing shoes to Rotary Club’s 14th annual Rock the Dock street party at the Port of Friday Harbor. Local band, the J-Bots, will keep things lively from 6:00 pm until fireworks begin at dusk. Food and drinks available. Tickets available at the gate. $10 for adults (no price increase in 10 years!)  Continue Reading 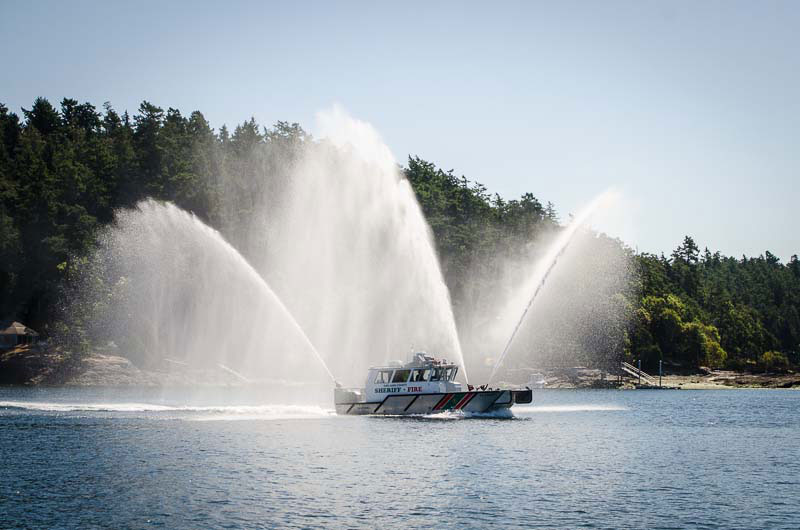 The Sentinel – More Than Just a Pretty Boat

Sheila Harley from SJI Fire Rescue shares this note about the boat Sentinel… Dear Editor, Since the sentinel has been in the news lately, we thought you might want to know a little bit more about her. And we would like to take the opportunity to emphasize the ban on personal fireworks with the Fourth  Continue Reading 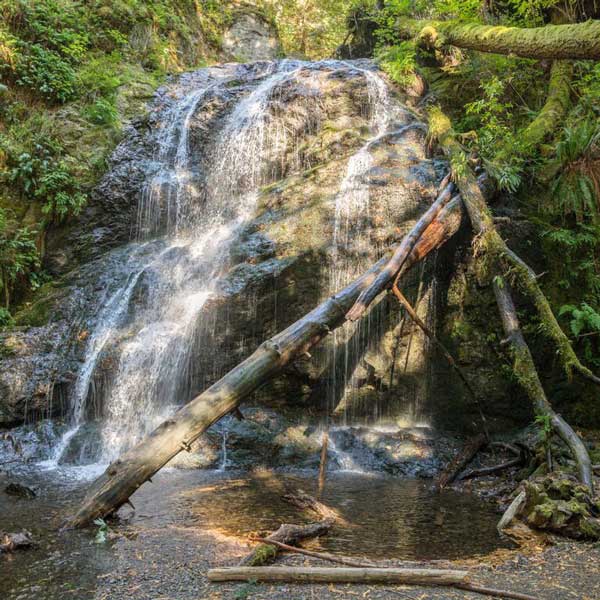 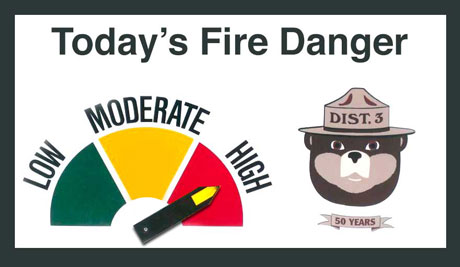 All Residential and Commercial burn permits have been suspended because of the unusually dry weather.  There have already been a number of grass and brush fires throughout San Juan County.  Recreational fires (two feet in diameter or less) are still allowed as long as they’re contained within a suitable fire ring.  However, the State Parks System has banned  Continue Reading 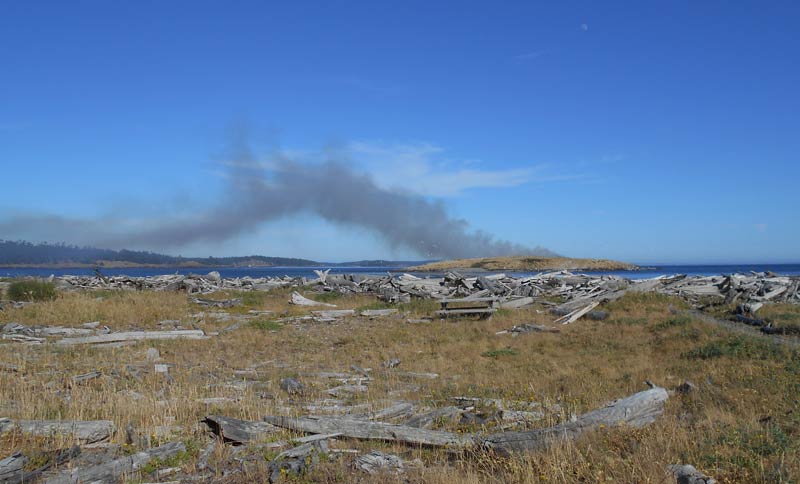 Sheila Harley of SJI Fire Rescue sends over this notice… Smoked filled the air at Cape San Juan as some time just before 6 PM on Friday evening, June 26, neighbors of Cape San Juan heard a “boom” from the direction of Goose Island, then saw flames coming from the Lopez side of the island.  Continue Reading 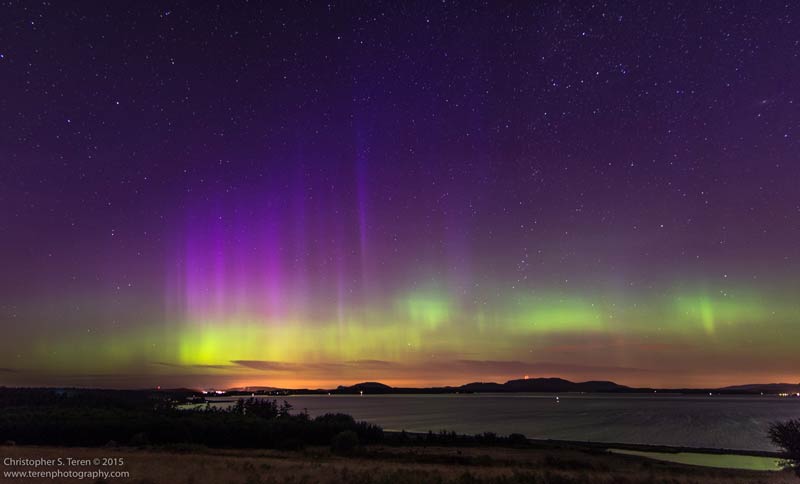 Local photographer Chris Teren caught some awe inspiring photos and made a video comprised of over 600 still images of the Northern Lights the other night. “How awe-inspiring was it?” you ask – so much that he made the front page of USA Today’s website on Wednesday. If you click over there you can search  Continue Reading