Review: “Houses Made of Wood and Light: The Life and Architecture of Hank Schubart” 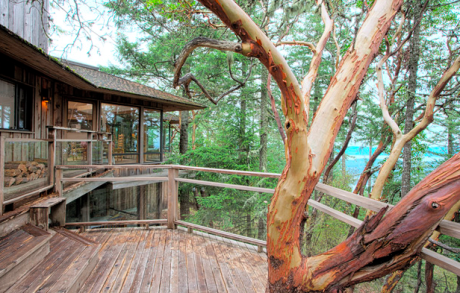 The photos in the book bring Schubart’s work to life…..much of his work is on Orcas Island & Saltspring Island….

When I received a review copy of “Houses Made of Wood & Light” in the mail the other day, I knew right away this was an awesome project….the book was beautifully shot, clearly written, and a wonderful celebration of Hank’s work. You’ll get the idea if you check out the website that goes with the book here….

So, we’re lucky that local architect & historian Boyd Pratt could take the time to share his review of the book, and as you’ll see, he says there’s a lot to like.

Houses Made of Wood and Light: The Life and Architecture of Hank Schubart
by Michel Dunkerley with Jane Hickie
Photographs by Jim Alinder 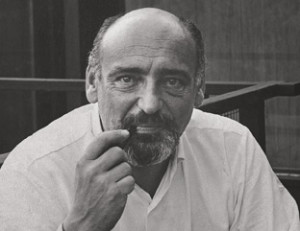 Houses Made of Wood and Light is about a Pacific Northwest Modernist, Hank Schubart (1916-1998), who lived and designed houses on Salt Spring, just over the border in the Gulf Islands, as well as Orcas Island.

In telling the story of Schubart’s life and architecture, Houses relates the ‘backstory’ of how he ended up on Salt Spring with the training, experience, and sensitivity that he brought with him, and then describes what he achieved there.

As such, this beautiful book can be enjoyed on several levels, and by readers of different interests.

From the view point of an architectural historian, this monograph offers an insightful biography of a late 20th century Regional Modernist.  Following an arc beginning with Schubart’s youthful ‘fellowship’ with Frank Lloyd Wright at Taliesin, Wisconsin, to apprenticeship with several New York firms, and over to California to work with William Wurster and registration and partnership with Howard Friedman, it culminates in his move to the Pacific Northwest.

Dunkerley shows us how Schubart took Wrightian ‘organic’ architectural ideas developed from the Art & Crafts Movement and Japanese vernacular architecture–honesty of materials, the interpenetration of outdoors and indoors, and the free flow of space—and applied them first in California to more purely Modernist designs and later to a growing regional awareness, through the use of local materials, such as cedar and natural (unworked) stone, and integration of the structure in its natural setting.

Pivotal in this development was the Pirkle Jones House, which Schubart designed in Marin County, CA for two artists.  Its large expanses of windows, board-and-batten wooden siding, and shallow overhanging eaves, which block summer sun yet allow the winter heat to penetrate, were all components that Schubart was to use so successfully in his Pacific Northwest work.

A radical change of career came in 1968, when Schubart, his (third) wife Maggie, and four of their children moved to Salt Spring.  There, over the next three decades, he designed some of his best work, a legacy that is lovingly described and illustrated in this book.  The author presents site plans, written descriptions, and photographs (most by Jim Alinder), of many of the 230 houses that Schubart designed on Salt Spring and, nearer-to-home—Orcas Island.  (On Salt Spring, these came to be known as “Hank Houses” or “Schubarts.”)

These houses offer wonderful ideas for residential design: siting a structure in a forested, often shorefront setting; the use of local materials such as cedar and field stone; and the manipulation of natural illumination through skylights and broad expanses of window glass.

The University of Texas Press, which published Houses, deserves special praise for the design of the book itself, which is a thing of beauty.  The end papers are photos of weathered wood siding, as is the first letter (“drop cap”) of the first paragraph of each chapter.  For each house description, the page layouts balance color photos by Alinder with text in a pleasing font and site plans, which show a basic schematic plan with contour lines to indicate topography and circles to represent dominant trees.  (My sole complaint is that there is neither a basic scale nor a north arrow; I assume that all plans are to the same scale and ‘up’ is always north.)

The work is ‘book-ended’ by brief essays by architects: the Foreword by Christopher MacDonald, a professor at the University of British Columbia, situates Schubart’s work in the context of Northwest Regional Modernism, and the Afterword by Heather H. McKinney of McKinney York Architects tells the story her client relationship with Michele Dunkerley and Jane Hickie in working on their Schubart home on Salt Spring.

Hank Schubart said of his work: “I have two great concerns when it comes to designing a house.  That it is carefully and beautifully related to the land and that each house represents the needs of the clients.”  This book certainly helps illustrate these precepts, in an altogether beautiful manner.