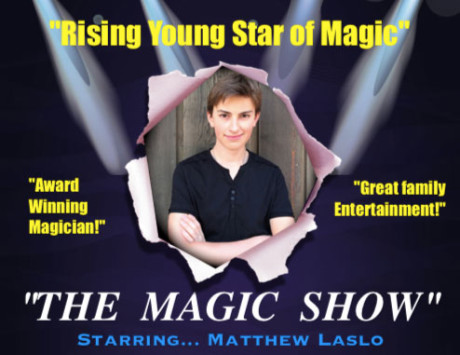 Orcas Island magician Matthew Laslo is launching a summer tour of the San Juans! Matthew is a local, rising young star and award winning magician & illusionist who fell in love with the art of magic at seven years of age. Now seven years later at 14 years old, he’s created his own full-length illusion show and regularly packs the 250 seat Sea View theatre on Orcas with audiences lining up to see his amazing feats.

Matthew is best known on San Juan Island as “Matthew the magician” who started performing at the San Juan County fair at 10 years of age. He’s thrilled to be able to bring his full illusion show to his fans on San Juan Island. 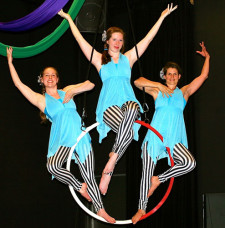 His lovely assistants and aerial performers Maria Bullock, Madi Jane West and Virginia Sides will also amaze and mesmerize islanders with their beautiful high-flying aerial acrobatics. This show promises to be high energy entertainment, with lots of audience participation and amazing illusions; fun for the entire family.

“The Magic Show” Starring Matthew Laslo July 17th at 7:30 pm. Tickets are an old fashioned $11.00 for adults and $6.00 for kids (service charge included) and are available online at http://www.sjctheatre.org and at the Box office.