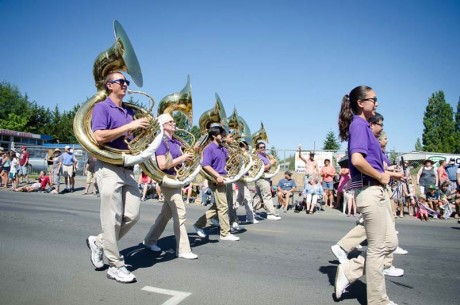 San Juan Island’s Chamber of Commerce is proud to announce the theme for the 2016 Independence Day Parade in Friday Harbor: “America the Beautiful… 100 Years of National Parks!” The National Park Service turns 100 years of age in 2016 and San Juan Island is excited to be able to celebrate this prestigious birthday!

The Parks Centennial celebration will kick off a new century of stewardship, conservation, recreation and preservation across the United States and San Juan Island is extremely fortunate to be the home to American Camp and English Camp, two of the jewels in the National Park crown.

The Chamber of Commerce is once again expecting a record number of entries for the parade which will start at 10:30 a.m. on July 4th and proceed down historic Spring Street through downtown Friday Harbor. This event has been rated by national publications as one of the 10 best Independence Day Parades in the entire country, and is loved by both viewing crowds and participants alike.

More details will be forthcoming over the next month, but we encourage all of those interested to begin work on your creative costumes, floats and themes for your entries. For additional information about participating in the 2016 Friday Harbor Independence Day Parade, please email parade [@] sanjuanisland.org or call Traci Wilson, Parade Coordinator at 360-298-7760 or 206-914-7940.