IMA Presents “Antarctica: Ross Island and the Future of the McMurdo Sound Region” 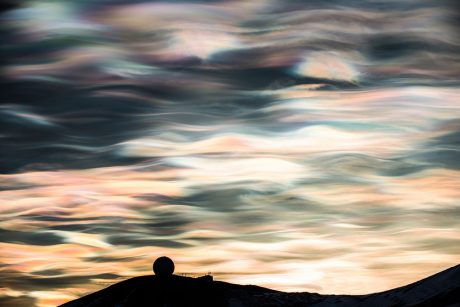 Rarely seen nacreous clouds over McMurdo Station are only visible when the atmosphere is exceptionally cold and the sun is just below the horizon. A once common sight, the increased temperatures and storms are making them a rare phenomenon even in Antarctica – Alasdair Turner photo

A multimedia presentation by documentary and adventure photographer Alasdair Turner 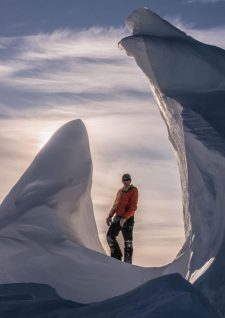 Join photographer Alasdair Turner for an exploration of Antarctica’s McMurdo Sound Region at BRICKWORKS, June 30, at 7:30 P.M. Tickets are available online, at the museum or at the door. TICKETS: Members $12, Non-members $15, Students $8.

From vast ice to the historic huts left behind by Scott and Shackleton to today’s sprawling base of buildings that make up the US McMurdo Station.

This is a photographic tour of an area unreachable to all but a handful of the world’s population, many of whom return year after year for research. Learn about the fragile ecosystems that make up the southernmost part of the Ross Sea and the science that is being done to understand them, while enjoying this provoking and stark photographic experience. Gain an insight into the changes taking place due to climate change and why sea ice in the area is actually increasing.

Alasdair Turner is a Seattle-based adventure and documentary photographer who has worked for the US Antarctic Program for the last four seasons. In his field safety role he has traveled to many remote areas of McMurdo Sound with geologists, biologists, and astrophysicists. His work tells the story of scientific research in Antarctica through a lens imbued with stunning photographic imagery, big picture explanations, and even a little humor.

For more information go to http://www.sjima.org