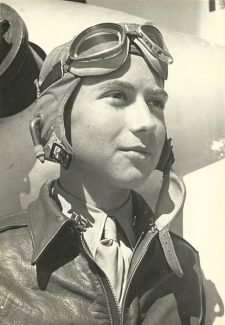 On his pass­ing, we now cel­e­brate the life of Edward Richard Weed, devot­ed hus­band and ded­i­cat­ed father. Ed was born in Van­cou­ver, BC to Amer­i­can par­ents in 1923. He was the eighth gen­er­a­tion of his fam­i­ly born and raised in North Amer­i­ca, his for­bear­ers hav­ing arrived in the year 1630.

He joined the US Army Air Corps in 1942, served his coun­try for 31 years, and retired with the rank of Colonel in the US Air Force. Ed was an active fight­er pilot through­out his ser­vice, fly­ing all over the world and see­ing com­bat in WWII and Korea. Dur­ing his mil­i­tary career he earned the Dis­tin­guished Fly­ing Cross, the Air Medal, the Soldier’s Medal, the Air Force Com­men­da­tion Medal, the WWII Vic­to­ry Medal, and the US Air Force Dis­tin­guished Ser­vice Medal.

After retire­ment in 1973, Ed and his beloved wife Katie moved their large fam­i­ly to Fri­day Har­bor and built a home out on San Juan Val­ley Road. Ed flew for San Juan Air­lines for a cou­ple years, and was a mem­ber of the school board. Once their six chil­dren were head­ed off on their own, Ed and Katie cruised the Sal­ish Sea and the Inside Pas­sage for well over 25 years in a suc­ces­sion of ves­sels from their home port in Fri­day Harbor.