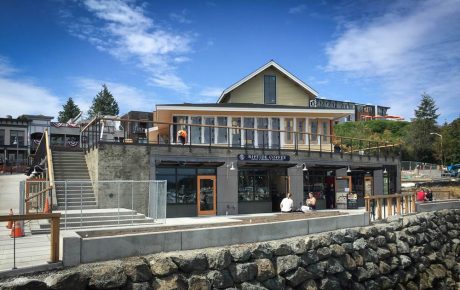 The waterfront side of the new Downriggers building - SJ Update photo

It seems it will be near the end of August before Down­rig­gers Restau­rant opens in their new loca­tion at Spring Street Land­ing, how­ev­er there are 3 busi­ness­es down­stairs that are open already and have been for about a week or so. 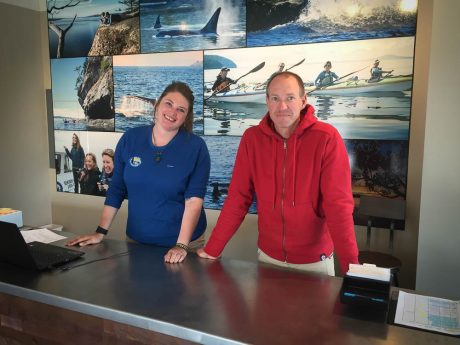 San Juan Safaris / San Juan Out­fit­ters is moved in and has added a cof­fee & snack bar, “Rip­tide Cof­fee” in addi­tion to their Whale Watch­ing and Kayak Tour­ing businesses. 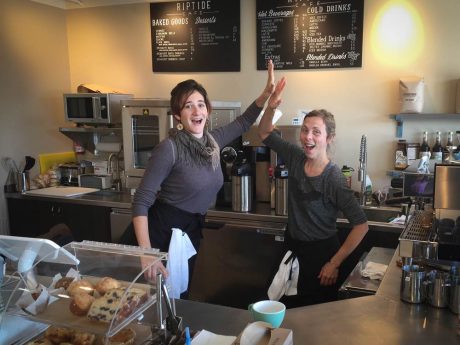 San Juan Excur­sions is moved in and has par­tial­ly filled up their new space with Jenn Rig­g’s beau­ti­ful shirt designs in addi­tion to book­ing tours. They’ll still be in their cur­rent loca­tion on Spring Street as well, and so will have 2 locations. 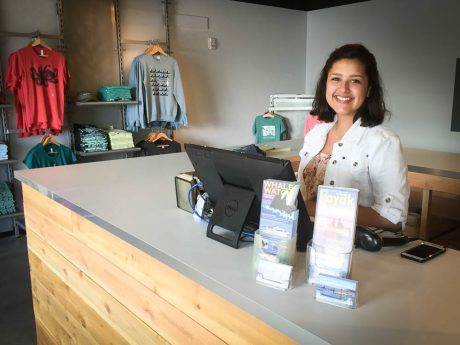 San Juan Island Whale & Wildlife Tours (aka Black­fish Char­ters) is par­tial­ly moved in. Still a work in progress is the “Black­fish Cafe” which should be open by the end of the month. Hobbes says what they’ll be offering:

“We will be sell­ing sweet and savory crepes, sand­wich­es, ice cream and of course Tea and Crum­pets, scones and jam along with Petes coffee!”

Hobbes is also work­ing on “The Black­fish Bistro” where Steps used to be, and we will have more info on that soon. 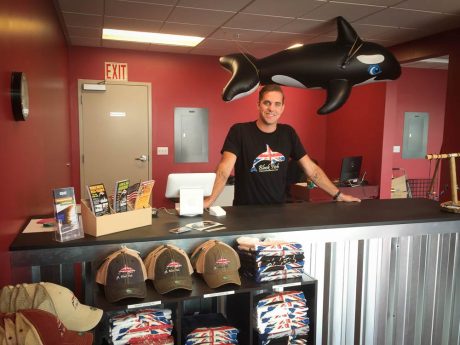 Pop on down there and check them out. And see the progress on the water­front walk­way out front. When fin­ished it will be a great stroll.