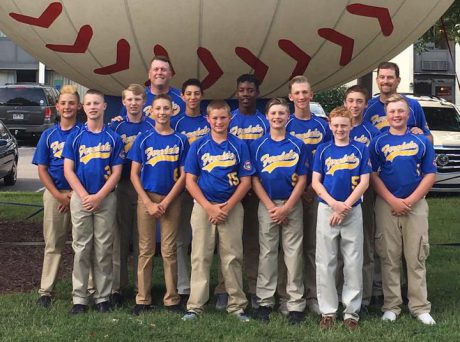 Sean is the son of Orion Morrison and Maleka Hartman Morrison (both FHHS alumni), and grandson of Angie Morrison of San Juan Island and Mary Kaye Hartman Scott. He is also the great grandson of Doris and Howard Hartman, whom Hartman Field is named after.

Congratulations to the boys!