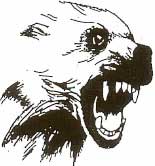 Fall Season is again winding down, and it is time for those teams that qualified to make their post-season runs. This year we have the potential for all four of our Fall teams to advance to post season. Below is an outline of what’s next for our teams. A reminder, in general, all post season brackets and parings can be found by navigating through our league website at www.nw1a2bathletics.com

We also would like you to know that 3 Fall teams were once again recognized for academic achievement by the WIAA. Those receiving recognition this Fall were, Volleyball, Girls Soccer and Boys Soccer. These student athletes work very hard and overcome some unique obstacles due to travel based on our geographic location, yet they continue to earn high academic honors. Thank you for your support of these students: