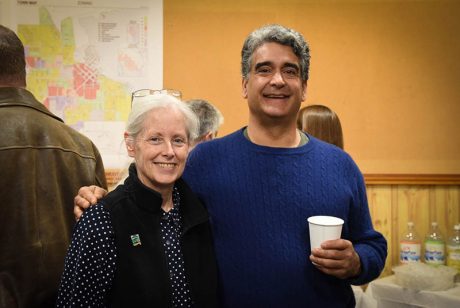 A large crowd of town and county residents gathered in Town Hall on Thursday to say thank you and farewell to Carrie Lacher, Friday Harbor’s first woman mayor. They thanked her for her many achievements as well as a new era of cooperation between the town, the county, the port, and others. She thanked the members of the council, former town administrator King Fitch, and current administrator Duncan Wilson.

At the end of her remarks she said, “I think what I’m proudest of is getting the new water pipeline to town, guaranteeing safe drinking water for town residents for many years to come.”

Then somehow, after the ceremony, she was the one who ended up cutting and serving the cake!