Imogen Cunningham: Through My Lens 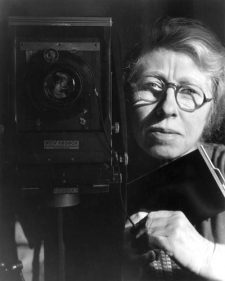 In addition Meg Partridge will give an Art As A Voice presentation of her film Portrait of Cunningham on April 7th, location and time TBA.

The exhibition of Cunningham’s “female gaze” offers a look at the men of her time. The diversity of her observations on men was a fascinating theme. She embodied many perspectives – that of an artist, of a mother, of a wife and a lover. The photographs in this exhibition span her seven-decade career. This exhibition gives a contemporary perspective on this iconic artist, who has influenced generations of female photographers to follow their intuition and passion regardless of societal preconceptions. A new perspective through her lens.

Imogen Cunningham (1883-1976) is renowned as the groundbreaking female American photographer of her time with one of the longest photographic careers in the history of the medium. A major figure in 20th-century American photography, Cunningham was a co-founder of Group f.64, joining forces with Edward Weston, Ansel Adams, and other San Francisco Bay Area photographers who shared an aesthetic of sharply-focused images and natural subjects. 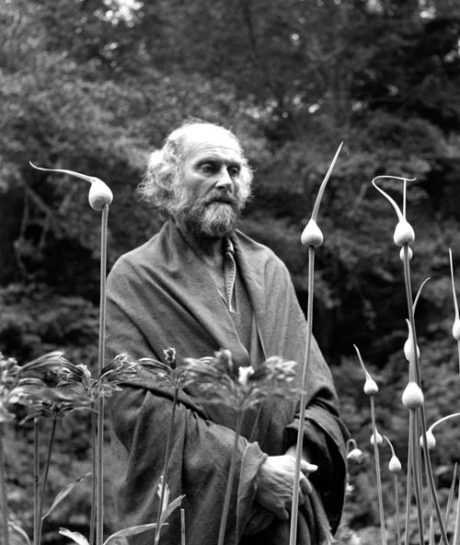 Cunningham was born in Portland, Oregon, grew up in Seattle, Washington, and attended the Denny School at 5th and Battery Streets. In 1901, at the age of eighteen, Cunningham bought her first camera, a 4×5 inch view camera, via mail order from the American School of Art in Scranton, Pennsylvania. She entered the University of Washington where she became a charter member of the Washington Alpha Chapter of Pi Beta Phi Fraternity for Women. It was not until 1906, while studying at the University of Washington in Seattle, that she was inspired to take up photography again by an encounter with the work of Gertrude Käsebier.

In 1907, Cunningham graduated from University of Washington with a degree in chemistry. Her thesis was titled “Modern Processes of Photography.” While there, she served as class vice-president, participated in the German Club and Chemistry Club, and was on the yearbook staff.

After continuing her studies at the Technische Hochschule in Dresden, she eventually moved back to Seattle and opened a studio, winning acclaim for her portraiture and pictorial work. Most of her studio work of this time consisted of sitters in their own homes, in her living room, or in the woods surrounding Cunningham’s cottage.

Cunningham was a determined and innovative artist. She came to photography through studying chemistry, the scientific background for her chosen art form. She was the first woman to photograph the male nude, for which she was considered “indelicate”. She gravitated towards artists, marrying printmaker Roi Partridge. She raised three sons all while continuing to expand her photography. Later in her career Vanity Fair hired her to photograph Hollywood celebrities. When asked who she would like to photograph, she replied, “Ugly men, because they never complain, you know.”

The Trust was established by Imogen Cunningham in 1975, and is still a family run operation. Meg Partridge, Imogen’s granddaughter, is the Director of the Trust. A photographer and filmmaker, Meg worked for Imogen as a teenager as one of her assistants, archived Imogen’s negatives in 1980, and worked for the Trust during the 1980s and 1990s in a variety of roles, from Archivist to Acting Director. As a filmmaker, she directed and produced the Academy Award-nominated documentary, Portrait of Imogen, among other films.

“I don’t know who tells me this, but somebody said, that I’m the first woman that ever photographed a nude man. I was made fun of at that time, when I photographed in 1915, my husband nude on Mount Rainier. Of course they were not acknowledged as being a nice ladylike job, I was condemned, by the newspaper, a well- known publishing company in Seattle, and they called me an immoral woman. And now, people seem to pay for them and buy them and like to look at them.” —Imogen Cunningham