Gold in These Waters 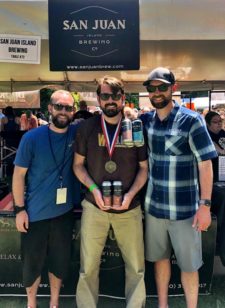 Jesse Visciglia had this to say about the award “The ESB, a fantastic beer, exemplifies our dedication to beers that are balanced, highly drinkable and made with the highest quality ingredients in the world” 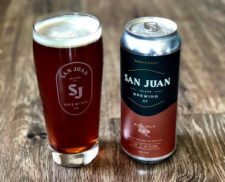 The beer was chosen in a blind taste test by a panel of experts. Sean Aylward said, “We are incredibly proud to win this award and it is a great testament to Jesse’s skills as our head brewer and the commitment we all have to producing high-quality beer ”.

The award-winning beer can be found on tap at the San Juan Brewery and select restaurants and bars in San Juan, Skagit and Whatcom county.