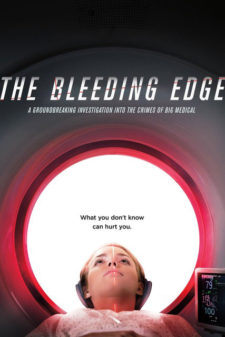 The Bleeding Edge is a 2018 original documentary film that investigates the $400 billion medical device industry.

The Friday Harbor Film Festival is pleased to present yet another important film produced by our own islander Amy Herdy who will attend, introduce and answer a Q&A after the film is screened.

“Medical companies are responding to a critical new documentary on the health care industry. “The Bleeding Edge” speaks with patients suffering apparent complications from medical devices such as cobalt hip replacements and the Essure permanent birth control device.” CBS

Written and directed by Kirby Dick and produced by Amy Ziering and Amy Herdy, it premiered at the 2018 Tribeca Film Festival, where it was billed as “the stuff of dystopian nightmares.”

This is part of FHFF winter series and is free.
Donations welcomed with thanks.