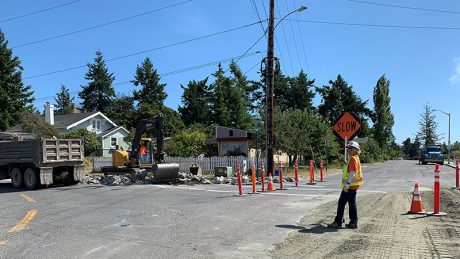 The Nash Street Realignment has begun. The bump out feature is gone and changes are being made. While construction is going on access from Argyle Avenue to Nash Street and Market Street will be limited. If you need to get to the Senior Center or to Marketplace, avoid congestion come in via Mullis Street instead.

Caines Street will lose its S-curve and will instead become a “T” intersection at Nash Street with a stop sign. Here’s a construction drawing (PDF) of the project.