The Photographers: Exploration of the Salish Sea 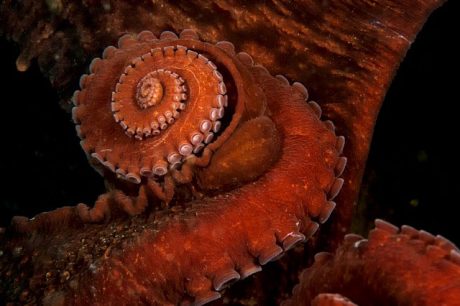 Scientist and underwater photographer Bruce Kerwin says of his grand prize winning photo, Spiraling Octopus, “I am drawn to the free-flowing form of invertebrates beneath the Salish Sea.” For this shot, he had been shooting a Hooded Nudibranch toward the end of his dive day when a friend waved at him madly. A Giant Pacific Octopus was hunting just five feet away. Bruce got his impressive photo as the octopus coiled and uncoiled its arm. 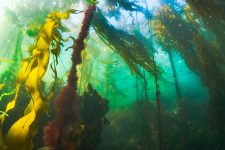 This is one of the many stories that the photographers in the DEEP DIVE exhibition at the San Juan Islands Museum of Art (SJIMA) can tell. Area photographers who were 2018 winners in the SeaDoc’s Salish Sea In Focus contest are on display including the grand prizewinner and category winners.

In the galleries people comment on the incredible close up photographs and can be heard saying, “Who knew an anemone could swim?” “How in the world could anyone get this shot underwater?” “This looks like it should be in the Caribbean, not in our waters!”

Many of the photographers grew up watching The Underwater World of Jacques Cousteau and cannot bear to live very far from an ocean. Several of the photographers are marine scientists or fisheries experts. They are motivated to bring the amazing beauty below the surface along with the visual pandemonium and joy of discovery to those of us who will never dive as they do.

Jim Maya’s Affection captures a moment between a mother orca and her calf off our islands. In a classic Pacific NW shot, Katie Jones inspires the viewers with a Humpback Whale trio with Mt. Baker in the frame.

Danielle Deans’ large Untitled (Salish Sea) is an irresistible seascape with tin boats at the base symbolizing our endangered orcas. Others capture the critical habitat of the whales and other species. Cy Scammell’s Kelp Cathedral instills wonder, while Kendrick Moholt’s Otter and Algae charms the viewer.

For most, such as Nirupam Nigam “light is their paintbrush.” His San Juan Rose anemone graces the wall and the banner in front of SJIMA. 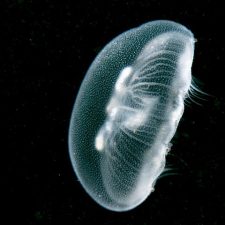 In DEEP DIVE the finest Pacific NW artists render the abundant underwater life of our Salish Sea, and illuminate the threats to our various and iconic endangered species. The exhibition is open until September 16, 2019.

Surrounding the museum is the magical sound of “Deep” from the renowned composer Alex Shapiro’s collection Notes From the Kelp. 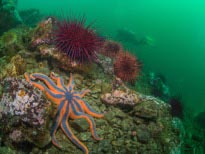 A mesmerizing film, Beneath the Surface-An Aerial Perspective by The Center for Whale Research and the University of Exeter, playing in the Nichols Gallery shows a mother Southern Resident Killer Whale (SRKW) and her calf hunting. Upstairs, Apex, by producer and director Heather Nicholson shows a moving, human ballet of the story of Tahlequah, a SRKW in the news last year.

Waterline by Andrew Shewman fills the atrium with a dynamic installation of whale and human interaction. 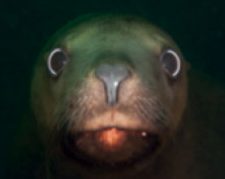 Hours are Friday-Monday 11-5. Admission is $10 with museum members and those 18 and under entering free. Mondays are Pay As You Can Days.