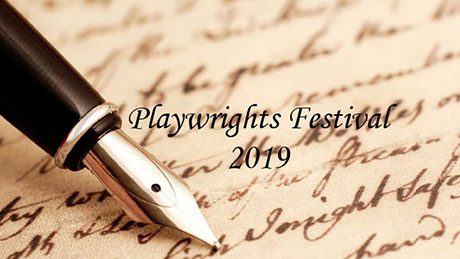 I was twelve years old when Heart of American Shakespeare Festival premiered its first show in Kansas City, my hometown. I will never forget the magic of that production of The Tempest.

I probably went ten times. Hearing Shakespeare’s language aloud, under a starry sky on a gorgeous night was transformative for me. My family became devotees of the festival—we would go multiple times every summer, often to the same show.

I credit those early memories for what I now consider my love affair with the written and spoken word.

Flash ahead to today and there are few things that excite me more than the opportunity to hear new words being spoken on stage. San Juan Community Theatre has a long and vibrant history of supporting local playwrights through the Playwrights Festival, and this year is no exception.

Among our writers this year are former television producers, a judge, people writing their first plays, and myself. They are supported by dozens of local directors and actors who love bringing this new work to life in front of your eyes. Stories of loss, hope, adventure, and pain resonate across the stage in these exciting short plays!

Of the twenty-two plays submitted, seven have been chosen for full production: Thursdays-Saturdays at 7:30pm, Sundays at 2pm September 19-29. As an additional treat, other plays that were submitted but unable to be fully produced are being presented in Pay What You Can readings on two Saturdays: September 21st and 28th at 2pm.

We hope you will come and join us!