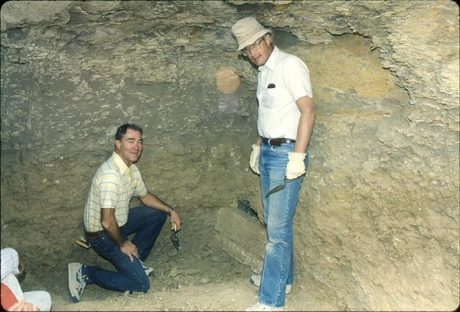 Dr. Griggs and a student at an excavation 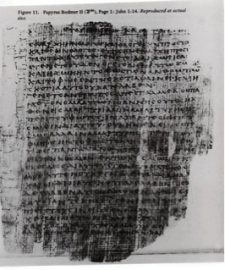 The Friday Harbor Branch of The Church of Jesus Christ of Latter-day Saints welcomes everyone to an afternoon with Dr. C. Wilfred Griggs presentation on Ancient Christian Studies

This Seminar is for all interested in learning what the Bible is, and how it came to exist. We will also discuss how the idea of added scriptures is not new in Judaism or Christianity—the great body of apocryphal writings includes much that was “scriptures” to many Jews and Christians ate various times.

Dr. Griggs was educated at BYU and Stanford University, and received his Ph.D. from the University of California, Berkeley. He has taught at Oxford University and held a Professorship of Ancient Studies at BYU. In addition to being a scholar of early Christian and Church of Jesus Christ of Latter-day Saint history he is also an archeologist.

In 1975–1976 he was part of a team doing excavations at the Nag Hammadi site in Egypt for UC Berkeley. In January–March 1981 he was the field director of the joint Brigham Young University and UC Berkeley excavation at Seila, Fayum, Egypt and he has been the head of BYU’s Fayum excavation since 1982.

Also, in 1994 he was invited by the government of the Autonomous Republic of the Crimea to do excavations at Ancient Greek sites on the Crimea.

Griggs is a charter member of the Association of Ancient Historians and the International Association for Coptic Studies.

Refreshments will be served.