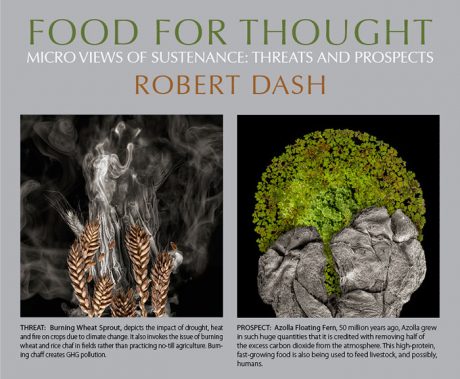 Exhibition: September 27 to December 9, 2019, at the San Juan Island Museum of Art

FOOD FOR THOUGHT Micro Views of Sustenance: Threats and Prospects offers a micro perspective on how one part of nature–our food–is connected to climate change.

Using photomontage to create a conversation between everyday foods and microscopic parts of themselves, Orcas Island resident Robert Dash’s work ponders threats to our staple foods from: crop loss due to droughts, floods, soil loss, pests, deforestation; loss of crop nutrient value, and stresses on developing nations; the shifting ranges of many crops; the shift of seasons and implications for syncing with pollinators; and the crash of insect (bee and other) populations. 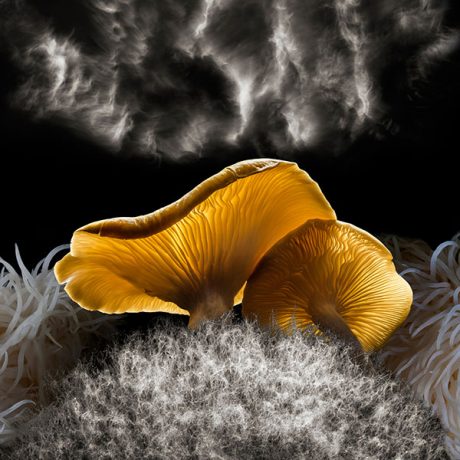 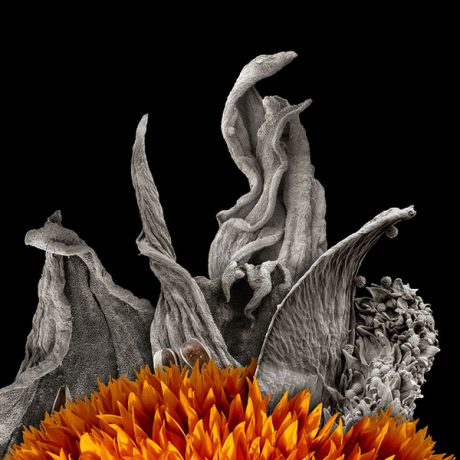 The subjects and sources of Dash’s intriguing images were primarily found locally, and he was granted permission to use the University of Washington, Friday Harbor Lab’s electron microscope for this ongoing project.

SJIMA “Art As A Voice” EVENTS, at the Friday Harbor Grange: (times TBA)

Sat. November 2, “The Hidden Half of Nature”, presentation by David Montgomery and Anne Biklé. Exploring astounding parallels between the botanical world and our own bodies, they share why cultivating beneficial microbiomes holds the key to transforming agriculture and medicine. 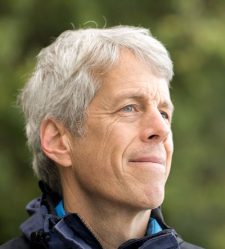 About Robert Dash:
Robert Dash is an educator, photographer and naturalist whose work has been published by National Geographic, TIME, and LensWork, and shown in galleries and juried shows in the US and abroad.

In 2016, he presented a TEDx talk entitled “The Intercourse of Nature: It’s What We Are,” and in 2017, published his Nautilus Gold Award-winning photography/poetry book, On An Acre Shy of Eternity: Micro Landscapes at the Edge. His new book, FOOD FOR THOUGHT Micro Views of Sustenance: Threats and Prospects, is currently in development.

More of Dash’s work can be seen at http://www.robertdashphotography.com

Praise for Dash’s work:
“Robert Dash’s work celebrates and challenges the concept of scale, broadening small beauties into wide revelations about ecosystems, food systems, and the imperiled futures of both.”

—Thor Hanson, author of Buzz, and The Triumph of Seeds

“…like fragments of mysterious ecosystems that no one has ever seen… (They) are meaningful, visually poetic observations about how the things we cannot see can show us how our very lives can be under the threat of extinction.” —Lensculture

The San Juan Island Museum of Art thanks the exhibition sponsors: