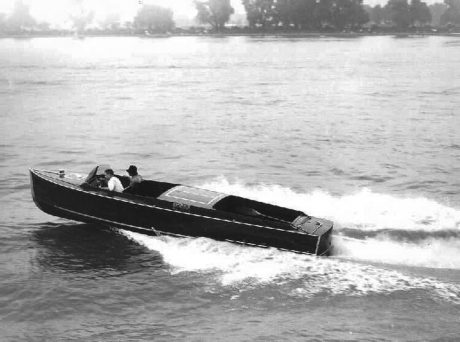 Andrew Veith of Seattle has created a podcast called “Rebel History,” which features the San Juan Islands. Listen to episodes at www.rebelhistory.com.

This podcast will forever change your view of Seattle, the San Juan Islands and their history. International criminal empires, gun battles, double agents, sex, treachery, and so much more.

Ambitious men took to the waters of the Puget Sound, paying a visit north of the border to purchase alcohol from their Canadian neighbors. In the dead of night, on stormy seas, they’d “jump the line” darting in and out of coves, wary of prowling Coast Guard ships.

Quietly they’d weave through the San Juan Islands and down to secluded beaches near Seattle. “Swampers” waited on the shore in the early morning darkness to load the alcohol into trucks and automobiles.

Roy Olmstead and his gang smuggled more alcohol into the United States than anyone else on the West Coast. At its peak, his operation was smuggling 100s of millions of dollars in illicit booze. Doggedly pursued by Prohibition agents, Olmstead built an empire, employing an army of smugglers, paid off cops, lawyers, accountants, salesmen, phone operators, and one young genius inventor.

See (and hear) more at www.rebelhistory.com.