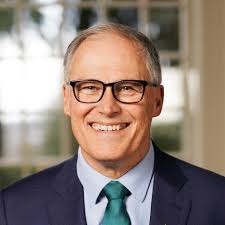 The president had until midnight on Dec. 26 to sign the sweeping relief bill to avert a lapse in PUA benefits. However, hours after Inslee’s announcement, Trump signed the relief package.

PUA is a federal program that was included in the Coronavirus Aid, Relief and Economic Security Act. The program provides support for Americans who are unable to work due to the Coronavirus pandemic but do not qualify for traditional Unemployment Insurance.

“We are providing a bridge for some Washingtonians until the federal government finally acts. It is extremely unfortunate that the president has missed the deadline and allowed much-needed unemployment benefits to lapse for struggling workers and families. The relief bill was negotiated by his own administration, supported by both Republicans and Democrats, and passed with overwhelming majorities in the House and Senate. His last-minute demands can and should be dealt with separately, but instead, the president has chosen to hold the entire relief package hostage.

“In our state, we prepared for the possibility of a lapse in benefits, and in anticipating it, we developed a plan for a one-time payment for those who have been receiving PUA benefits. Because we established a state backup plan, we can take action today to help some of those harmed by the president’s decision.

“I am announcing that Washington state will provide $54 million to extend a one-time Pandemic Relief Payment to 94,555 people in our state who have been claiming PUA and will be immediately impacted by the lapse in federal benefits. The Employment Security Department will be issuing this state benefit later this week. This does not solve all the problems caused by the president’s inaction — we are doing what we can, but we simply do not have the ability to replace all of the unemployment supports in the relief package. However, for some people in our state who have been receiving PUA benefits, this will prevent an immediate loss of assistance at a time when they are most in need.

“Families and businesses will face devastating consequences if the president continues to block the bipartisan package. Hopefully, he does the right thing and ultimately signs the bill. But, even if the legislation is signed in the days ahead, thousands of Washingtonians will lose at least a week of pandemic unemployment assistance — and that is unacceptable to me.”

This emergency payment will be issued by the Washington State Employment Security Department to all PUA claimants who were in active status the week ending Nov. 21 and will total $550 per claimant, which equates to roughly two weeks of benefits for most PUA recipients. If signed, the federal relief package would extend federal PUA benefits through March 14, 2021.

The PUA program provides federal unemployment benefits for those not eligible for regular Unemployment Insurance, such as independent contractors and self-employed workers.

ESD will have more information on their webpage at https://esd.wa.gov/.