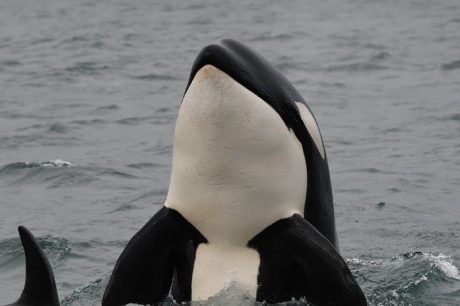 From Center for Whale Research

On Jan. 3, Dave got a good enough shot of the mom to convince him that he had the T167s.

T167A had sprouted since the last pictures Dave had looked at of him. The T167s have shown up a few times in the last several years (Mark just saw them on Dec. 31, 2020) although they are not a common group in our area and Dave hadn’t had a chance to see them yet.

Dave had seen T167 herself several times back in the late 1990s up in Southeast Alaska when she still used to travel with T165 and T166.