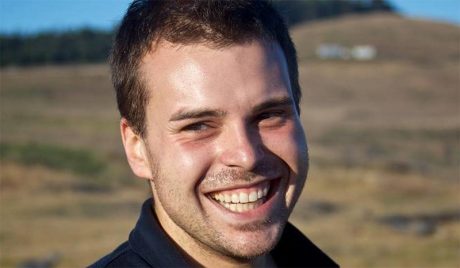 Join Joshua Hoyt for a discussion on foraging, a word emphasizing the act of searching for wild edibles, at 6 p.m., March 16.

While modern foraging is often about the search, indigenous people thought very differently about what it meant to get food from their environment.

Far from a passive, primitive activity, indigenous food gathering was based on a radical, ambitious notion; with generations of careful management, the whole landscape can be a food garden.

Joshua Hoyt (Turtle Mountain Band of the Chippewa) worked as a fisherman in Alaska during the summer of his freshman year in college. He has worked in the food system ever since.

He spent four years as a professional cook in Seattle, Washington, and Palo Alto, California. After time working as a culinary consultant for a Japanese food startup and as a documentary radio producer/instructor for the Stanford Storytelling Project, he founded the American Indian Child Resource Center, a place to combine all of his passions.

For the past four years, he has led programming for transitional age youth by teaching 10-week courses covering cuisine regions of North American indigenous people.