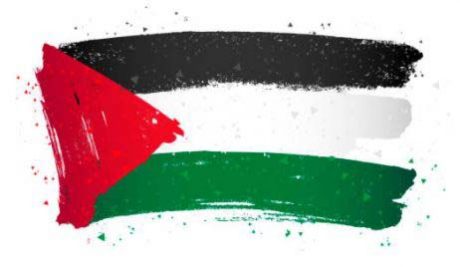 Sandy Strehlou shares this announcement with you…

If you could give just 90 minutes of your time to help bring peace and justice to the people of Palestine/Gaza, would you?

Join is for a peaceful community rally and march starting at the San Juan County, WA courthouse at 11am on Saturday, May 29th.

The Palestinians have been under occupation and exile for 70 years. The similarities to apartheid South Africa are unforgivable, but unlike that struggle, the United States is a partner in the cultural and human genocide—and I do not use that word casually–in and out of Gaza.

The recent bombing of Gaza and the on-going settler and Israeli military attacks on Palestinians, both Muslim and Christian, in Gaza, the West Bank and toward Israeli Palestinians has been almost, but not entirely unprecedented.

Under the Trump administration the Israeli government was given a green light to provoke and escalate a multi-front strategy of oppression, including residential demolitions, destruction of olive groves and agricultural lands, a further constriction of goods and services in an out of Gaza, the establishment of Jerusalem as the capital of Israel, the control over essential services like electricity, medical supplies, building materials and even humanitarian aid from foreign nations.

The Biden administration has not altered the U.S. position on Israel.

But isn’t there a new truce?

The recent brokered truce in no way means that the oppression will end. To the contrary, there have been many so-called truces in the past, but nothing changed. And nothing will change until the United States government adopts a different strategy for Israel/Palestine. Here’s why:

Israel is the largest cumulative recipient of U.S. foreign assistance since World War II. Since its inception in 1948 (the transfer of what was already a colonized land by the British to the Zionists), the U.S. has supported the occupation. All told, $146 billion American tax dollars for bilateral assistance and missile defense funding has been allocated for Israel by a succession of administrations. (Adjusted for inflation this sum equals $1.6 trillion in today’s dollars.) At present almost all U.S. aid is in the form of military assistance and is under favorable terms offered no other nation in the world. In 2021 The United states will give Israel $3.8 billion dollars. (Source: Congressional Resource Service, report published in 2020.)

To get involved and for more information, Sandy Strehlou, 360.298.8008, or go to the Facebook event Palestine Solidarity Rally @ March page, and consider joining the Palestine Matters Facebook group.