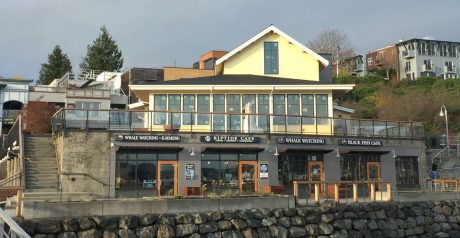 The Port of Friday Harbor made two recent deals to generate revenue.

The port is leasing about 1.4 acres of the vacant, forested land between Webber Way and Franklin Drive for a developer to create lodging for travelers.

Port Executive Director Todd Nicholson said the developer will operate “small homes” as a “hotel/motel in according with the town.” Jayson Schmidt finalized the agreement May 13, Nicholson said.

The roughly 60,000 square feet of vacant land is zoned commercial. The port leased the land to generate revenue for the airport and other “economic development purposes,” Nicholson said.

The San Juan Island Agricultural Guild purchased both kiosks for $5,000 each to locate at Brickworks, Nicholson said.

He said the remaining kiosk will be “auctioned to the public” because staff hasn’t found “a good use for” it.