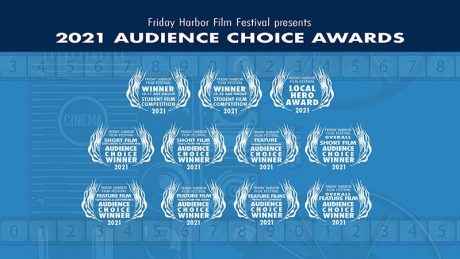 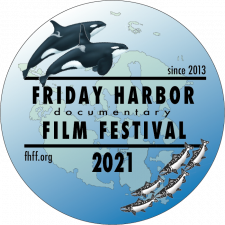 Friday Harbor Film Festival is delighted to present the Audience Choice Awards to the top documentaries and their filmmakers!  After watching the films, viewers voted for their favorites among an extraordinary selection of terrific entries this year. The Awards Finale, Local Hero Award presentation, and all Q&As with filmmakers are available FREE on the website, www.fhff.org.

The Feature Film Overall Audience Choice Award goes to The Six, directed by Arthur Jones. This film seeks out what happened to 6 Chinese survivors of the sinking of the Titanic.

The Short Film Audience Choice Award goes to HONOR THY MOTHER: The Untold Story of Aboriginal Women and Their Indipino Children, directed by Lucy Ostrander. This film tells the story of Aboriginal women from Canada and Native women from Washington and Alaska who migrated in the 1940s to Bainbridge Island, where they married Filipino farm workers, creating the Indipino community.

Winning films and filmmakers by theme for both features and short films are:

Winning the Student Film Awards by age group are:

Thank you to all the filmmakers – professional, amateur, and student – who submitted films, participated in Q&As, and supported the festival.  Thanks to our viewers, volunteers, and supporters.  As a community-organized annual festival, we depend on your time and contributions so we can bring you the best in documentary entertainment.

We hope you have enjoyed the Friday Harbor Film Festival this year and will return with your submissions, volunteer energy, and financial support to make the 2022 festival even better.  If you have suggestions, we would love to hear from you (karen@fhff.org)!