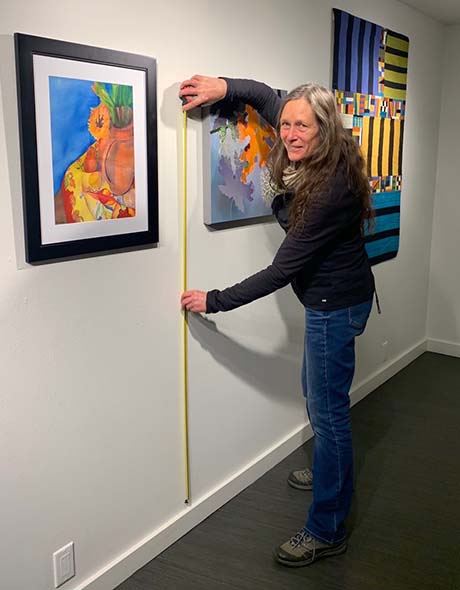 Volunteers at the San Juan Islands Museum of Art (SJIMA) have been busy over the last few weeks, preparing for the annual Artists’ Registry Show, which opened its doors December 17.  The show is the much-anticipated event highlighting the recent works of artists from each of the San Juan Islands. 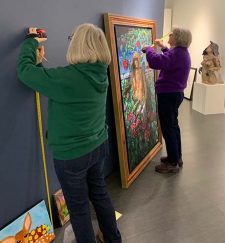 A bit of history follows. The Artists’ Registry (AR) was founded in July 2011 and held its debut exhibit in the Churchill Square building in Friday Harbor the following December. The event featured 38 artists: all new members of the AR.  The following year, what had once been the Friday Harbor EMT facility was purchased by SJIMA. The AR staged its second show there, after converting the garage into a charming replica of a New York City art loft.  The facility was then renovated to its current state and the AR group was on hand to host the 2014 “soft opening” of the San Juan Islands Museum of Art.

This, it’s third show, featured 60 member artists.  Over 700 visitors attended the show on opening night, setting a record.  Since then, the annual AR show attracts several hundred visitors. Even last year’s show, during the beginning of Covid restrictions, was well-attended and highly praised, even though available to small groups or digitally at sjima-online.org.

The 2021-2022 exhibition features over 80 local artists, and includes many different mediums including: painting, fiber arts, mixed media, jewelry,  sculpture and more.   Now in its 10th year, the annual Artists’ Registry Show attracts visitors and locals alike and is not to be missed. SJIMA board member, Linda Chowdry says, “The pieces in this AR Show are simply stunning and must be seen. Once again our local artists have given us a show of spectacular art.” 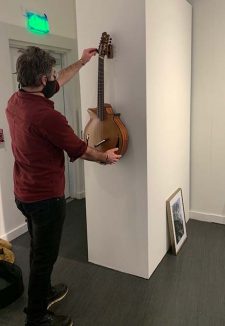 Due to current Covid restrictions there was not an opening reception, but visitors are invited to enjoy the show during open hours, Friday through Monday, 11-5.  The exhibit will remain up through February 21, 2022.

Located in Friday Harbor at 540 Spring Street, admission to the museum is $10. SJIMA members and those 18 and under admitted free. Mondays are Pay as You Can Days. For further information visit www.sjima.org