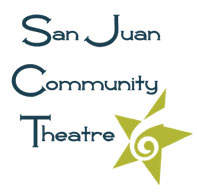 Fiskum was raised in Maple Val­ley, where she honed her musi­cal style and gained nation­al recog­ni­tion when she per­formed on NBC’s The Voice. There she received high praise from the celebri­ty judges, Kel­ly Clark­son and John Leg­end, who described her voice as “sub­tle, ethe­re­al.” Open­ing for Zan Fiskum is Alec Shaw, also a Wash­ing­ton­ian, and an indie folk musi­cian whose work fea­tures ele­ments of gospel and R&B.