Mark your calendars, folks! San Juan Island’s 27th Annual Children’s Festival is happening Saturday, May 6th, 2017! We are pleased to announce…  Around the World Island Rec needs your help to design the poster for this year’s Children’s Festival! Kids of all ages are invited to submit poster designs that incorporate this year’s festival theme. Artworks  Continue Reading 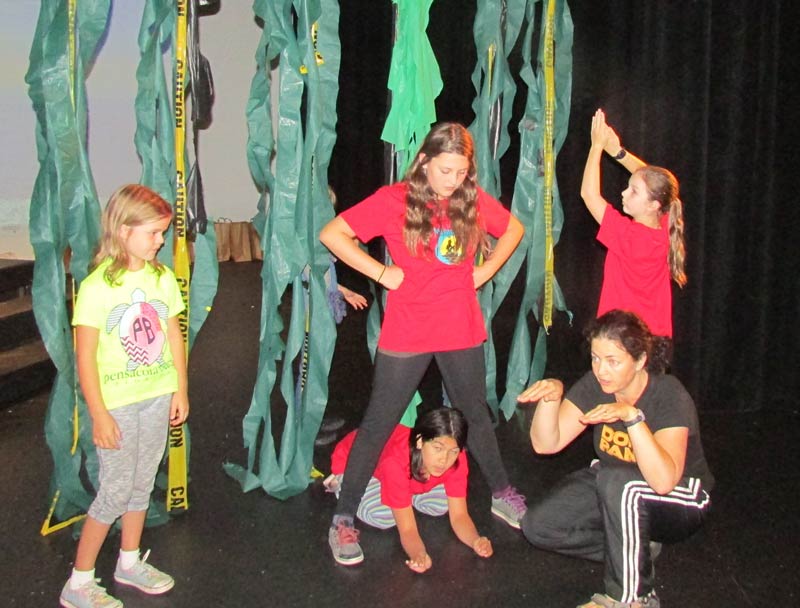 A new afterschool class is being offered for experienced island actors in sixth through eighth grades. San Juan Community Theatre’s Youth and Family Program Director Penelope Haskew is leading the “Intermediate Acting” classes in the Gubelman Theatre on Tuesdays, February 28 through March 28, from 3:00 p.m. to 4:30 p.m. The five-session workshop will be  Continue Reading 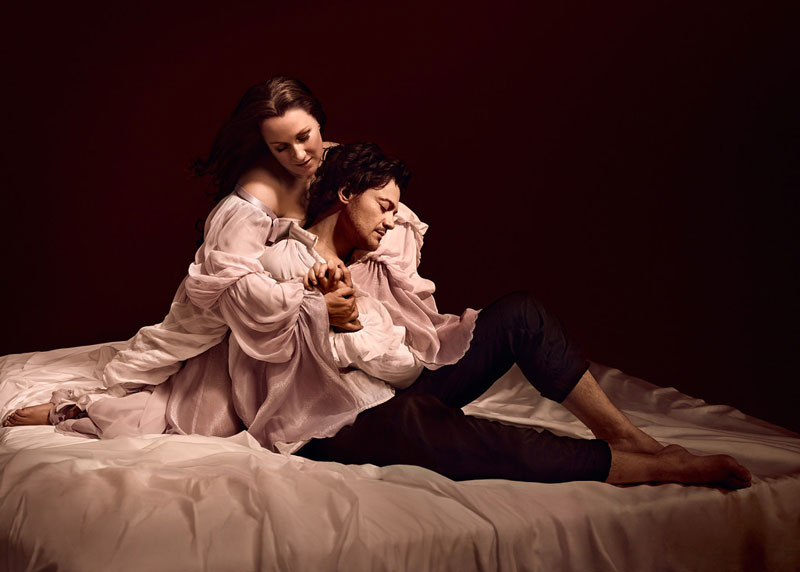 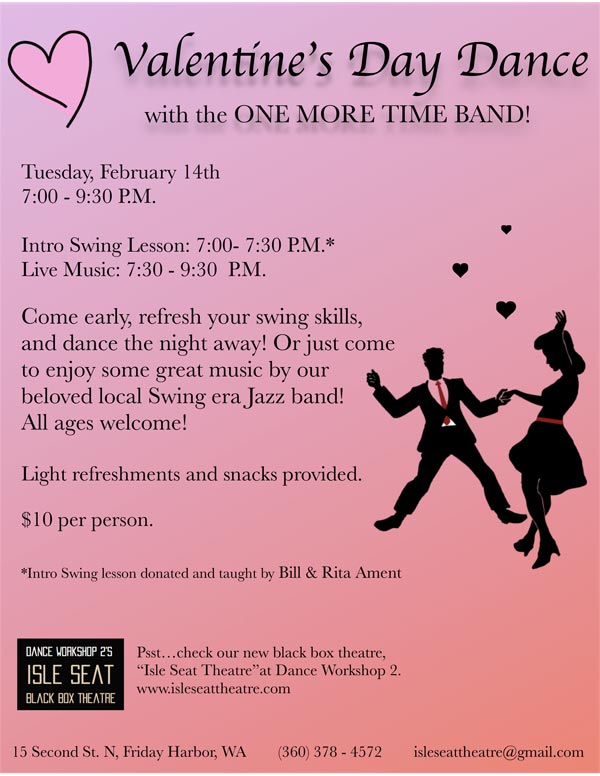 Are you looking for some evening fun on Valentine’s Day? Join us for dancing and great listening under the lights as we celebrate with the One More Time Band featuring singer Debbie Nash Strasser! Old Swing/Jazz standards with that big band sound will have you out on the dance floor or swaying in your seat!  Continue Reading 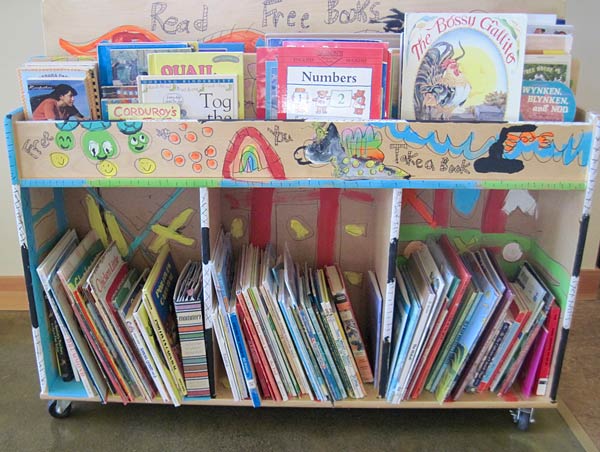 Book Carts at the Hospital

Lori Stokes shares this with you… Perhaps you have noticed the book carts at Peace Island Medical Center, containing a variety of children’s books that are free for kids to take home and enjoy. Recently, students at Paideia gave the carts a fun, new look under the wonderful and wildly creative leadership of Francie Hansen.  Continue Reading

Here’s a nice panorama photo of Spring Street from Kevin Holmes. Thanks Kevin! To see the full size image, right-click here and choose “Open link in new window” (and then you might have to click the image there again to see it full size). 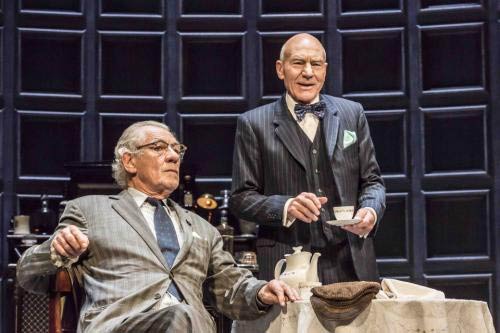 Following their hit run on Broadway, Ian McKellen and Patrick Stewart return to the West End stage in London in  National Theatre Live’s No Man’s Land, screened at San Juan Community Theatre THIS Friday, February 3 at 7:00 pm. Harold Pinter’s comic classic takes us to a summer evening when two ageing writers, Hirst and Spooner, meet in a Hampstead pub and  Continue Reading 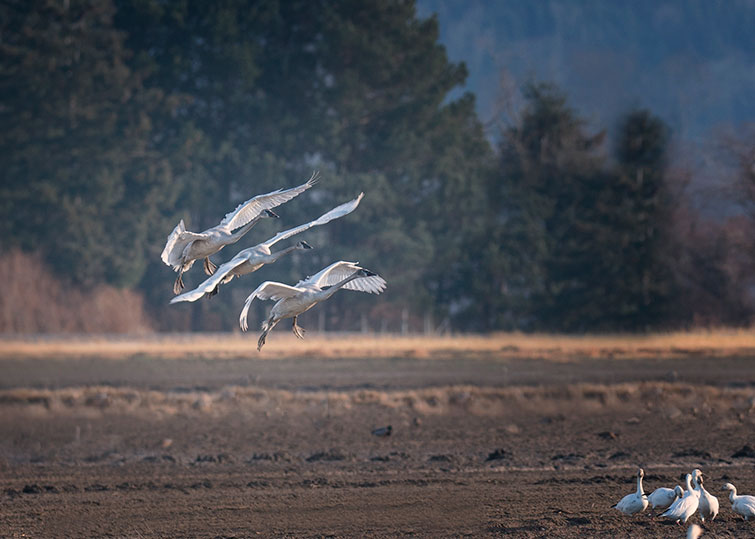 In the SJ Update mailbag today we have this letter from Larry Soll… Next week, the Palace Theatre will be showing The Eagle Huntress, a beautiful film about a young Mongolian (Kazakh) girl who wishes to follow her family’s heritage and become an eagle hunter. While there are questions about some of the movie’s assumptions  Continue Reading 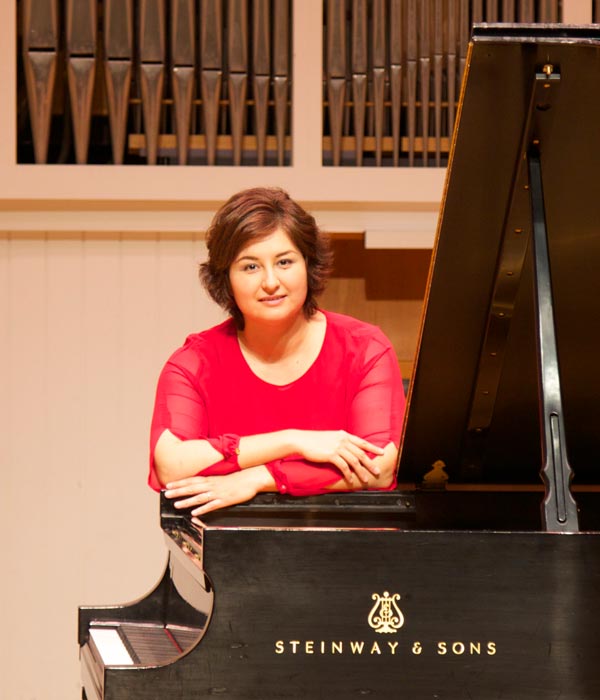 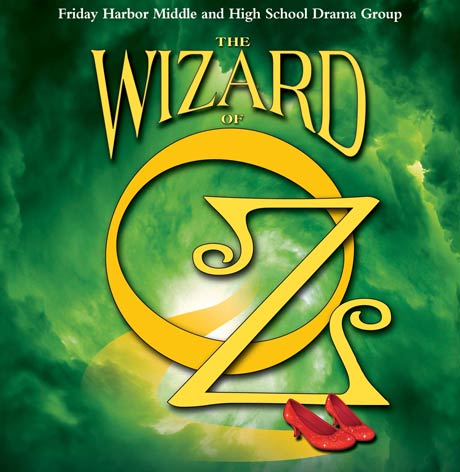 The Wizard of OZ

Take the original story and music from the original motion picture, add a little steampunk to the costumes, a little modern technology to the set and some 60 local youth, and you have THE WIZARD of OZ, island and San Juan Community Theatre-style! Directed by Jenni Merritt, the FHHS & FHMS production opens this Thursday,  Continue Reading 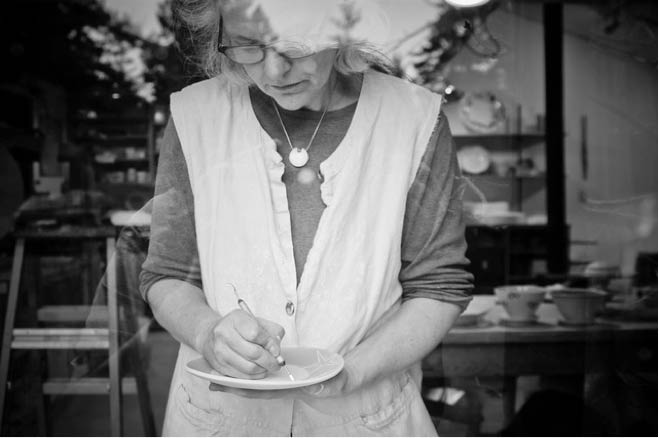 Paula West is a studio potter who lives on San Juan Island. Originally from Connecticut, Paula moved to San Juan Island in 1990 and in 1995 set up her small, home based ceramic studio. For the next 10 years she honed her craft and sold her work at regional art and craft shows while working  Continue Reading 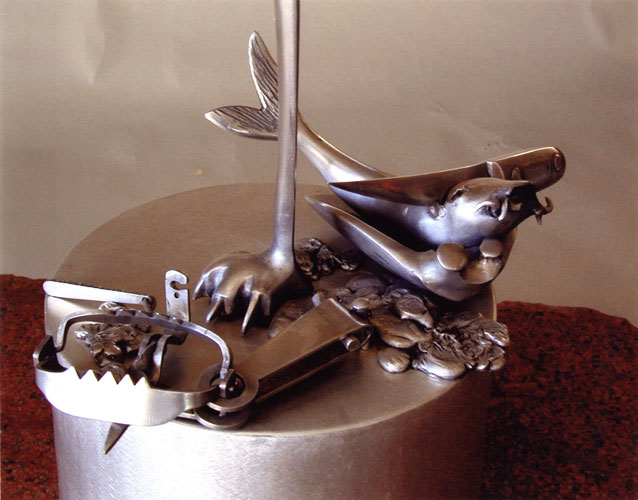 Exhibition is Fun-filled and thought provoking-New at SJIMA The intriguing and humor-filled sculpture More Than Meets The Eye: John F. Heric Retrospective is showing at the San Juan Islands Museum of Art until February 18, 2017. Heric used his creative imagination and sense of whimsy to produce a powerful and entertaining exhibition. The part-human and  Continue Reading 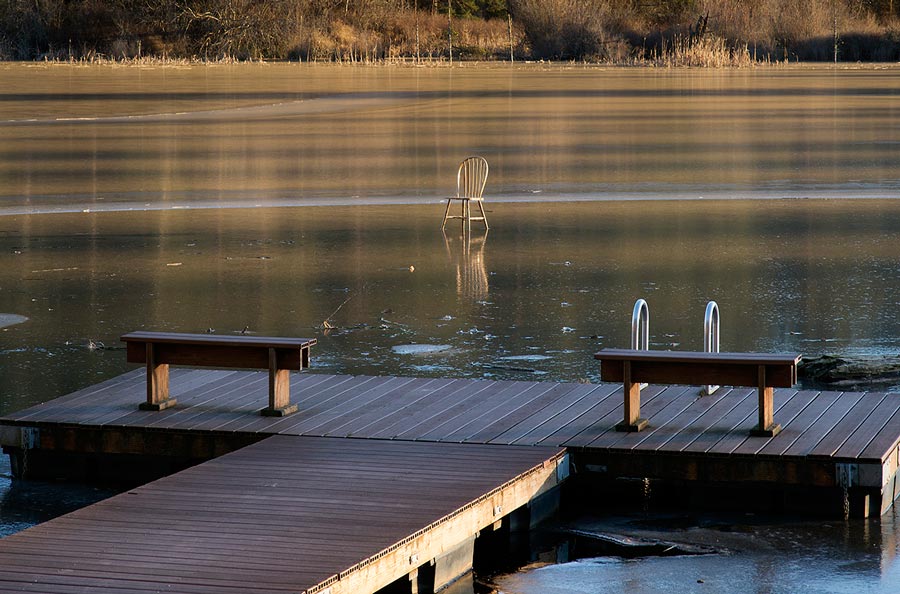 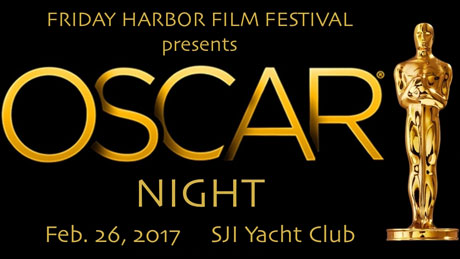 Save the Date: Come and Celebrate Oscar Night with the Friday Harbor Film Festival at the San Juan Island Yacht Club, located at 273 Front Street in Friday Harbor February 26. Doors open at 4:30pm! We will be celebrating Oscar Night. Tickets for this fun Soiree, Dinner, Silent and Live Auction are available at our  Continue Reading 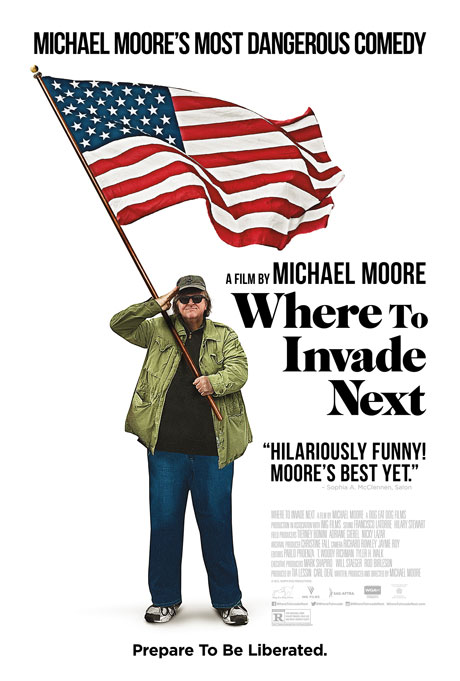 Where to Invade Next

Just in time for the new year and fresh starts, the Friday Harbor Film Festival presents America’s favorite political provocateur, Michael Moore, with his film, “Where to Invade Next”. Moore has been honored  by festivals and critics alike. This new film is hilarious and subversive. An Academy Award winning director, Moore confronts the more pressing issues facing  Continue Reading 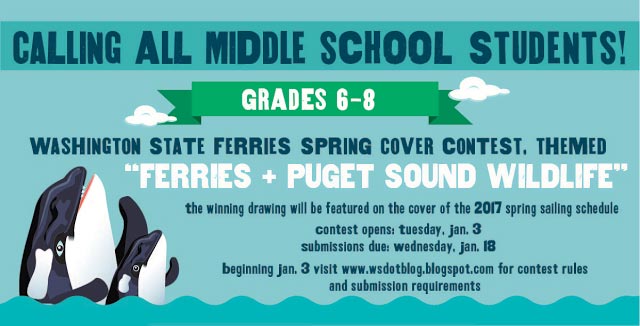 Middle schoolers, put your thinking caps on, because we’re inviting you to participate in our spring cover contest. Students in grades six through eight have until mid-January to create and submit an original drawing based on the theme “Ferries + Puget Sound Wildlife.” For more information and submission requirements click here. 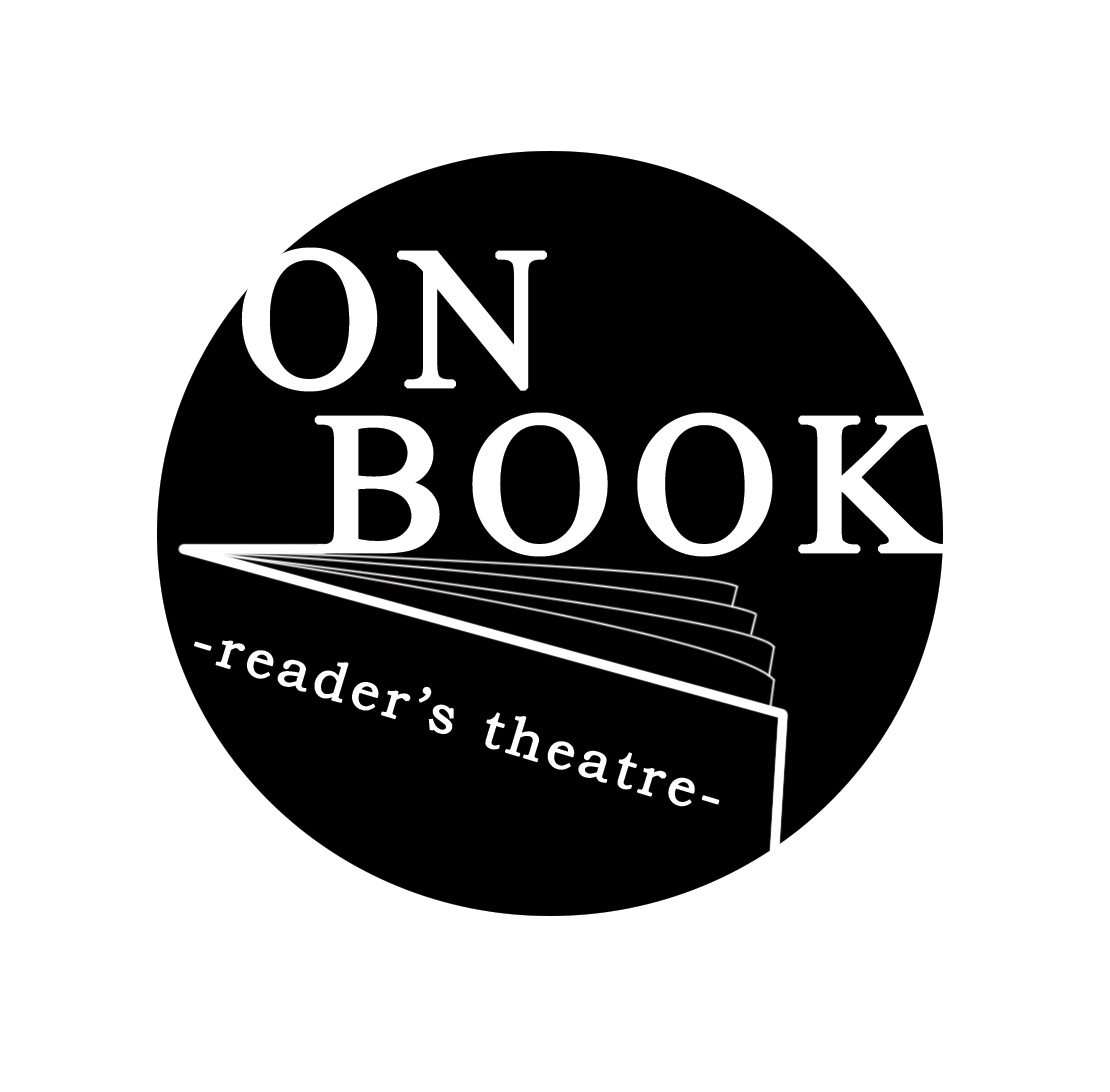 Auditions at SJCT this Sunday

Readers Theatre Auditions January 8 Islanders will all levels of acting experience are invited to audition for San Juan Community Theatre’s On Book! Readers Theatre series on Sunday, January 8 at 2:00 p.m. The free ongoing reader theatre series is designed to gather island actors and friends to read new, classic and prize-winning plays before an  Continue Reading 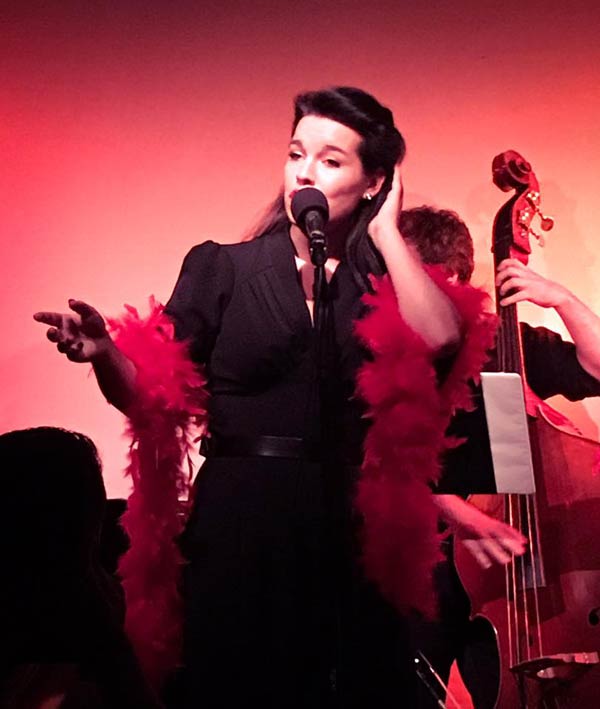 Proud mom Cynthia asks your help – It’s the last day to vote for Hanna Burke – Help her win the Broadway Cabaret Award – She needs some votes Today! Here’s a note from Hanna: My Dear Friends and Family! I am surprised and very honored to find out that I have been nominated for a  Continue Reading 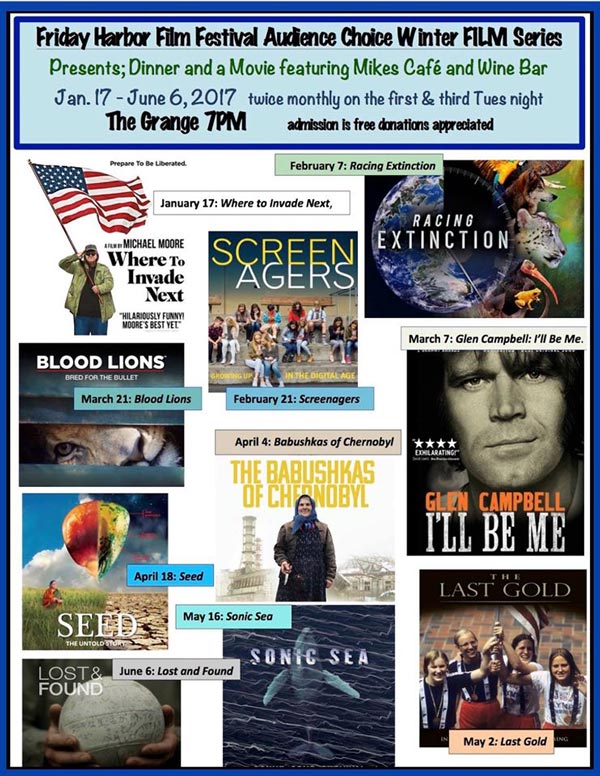 Dinner and a Movie

The Friday Harbor Film Festival and Mike’s Café and Wine Bar are delighted to announce a collaborative effort this winter and spring… Dinner and a Movie!! Films that were selected by the 2016 Film Festival attendees as their favorites will be shown at the Grange on the first and third Tuesdays of each month, starting  Continue Reading 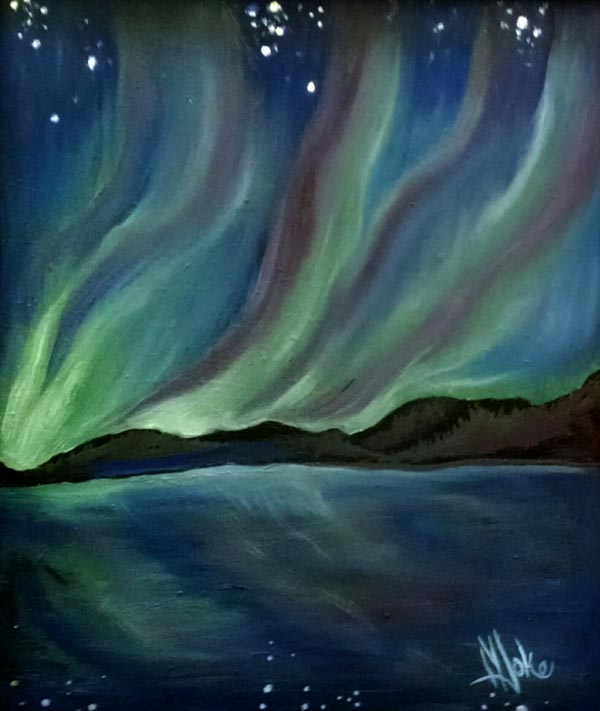 “Art for Fun” Program at SJIMA

The San Juan Islands Museum of Art (SJIMA) introduces a new art program called Art for Fun, a “paint and sip” party for adults of all skill levels. The first party is set for December 22 from 6:30 p.m. – 8:30 p.m. and the cost is only $35.00. In keeping with the trend that is  Continue Reading