Best of the Fest 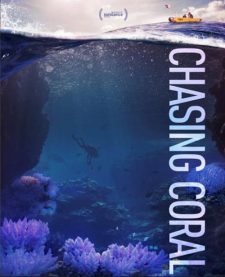 The next movie up on the FH Film Festival’s “Best of the Fest” film series is Chasing Coral, showing next Tuesday, January 16th at 7:00 pm at the Grange. Admission is by donation.

Chasing Coral was Nominated for the 2018 Academy Award for Best Documentary. Coral reefs around the world are vanishing at an unprecedented rate. A team of divers, photographers and scientists set out on a thrilling ocean adventure to discover why and to reveal the underwater mystery to the world.

Filmed over three years, with 650+ hours underwater, this film includes footage from over 30 countries, and was made with the support of over 500 people around the world.

It won Best Feature Documentary, Call to Action and Peoples Choice Awards at the Boulder International Film Festival, and won the Audience Award and was Nominated for Grand Jury Prize at Sundance Film.