Best Of The Fest in March from FHFF

Friday Harbor Film Festival’s annual Best of the Fest series continues during March. Award-winning, impactful feature films and shorts from the 2019 Festival are being shown every first and third Tuesday from January through May at the Grange beginning at 7 pm. These screenings are free, although donations are encouraged. 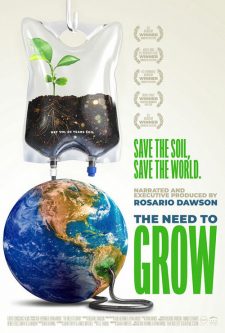 The Need to Grow (directed by Rob Herring & Ryan Wirick)

Delivering alarming evidence on the importance of having healthy soil on our planet, coupled with the fact that at the current rate of soil degradation there are only about 60 years of farmable soil left, The Need to Grow offers an intimate look at activists and innovators in the food movement.

Highlighted are an 8-year-old girl who challenges the ethics of a beloved organization; a renegade farmer who struggles to keep his land as he revolutionizes resource-efficient agriculture; and an accomplished visionary inventor who faces catastrophe in the midst of developing a game-changing technology.

The film reveals not only the potential of localized food production working with nature, but our opportunity to help regenerate our planet’s dying soils and participate in the restoration of the earth. Released in 2018. 97 minutes 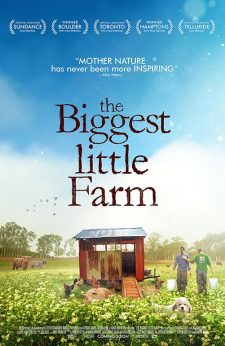 The Biggest Little Farm chronicles the eight-year quest of John and Molly Chester as they trade city living for 200 acres of barren farmland and a dream to harvest in harmony with nature. Through dogged perseverance, embracing the opportunity provided by nature’s conflicts, they discover a biodiverse design for living that exists far beyond their farm, its seasons, and our wildest imagination.

Featuring breathtaking cinematography, captivating animals, and an urgent message to heed Mother Nature’s call, the film provides us all a vital blueprint for better living and a healthier planet. Farmer/Director

Chester states, “One of the really inspiring things about farming in this way, where we prioritize the cultivation of beauty, is the amount of inspiration and energy we get even in the throes of some of the most difficult challenges and struggles.” He hopes that the film encourages viewers to trust that nature has answers to the challenges of climate change. Released in 2019. 91 minutes