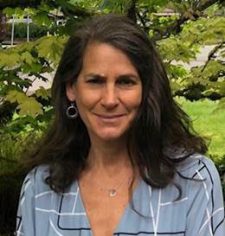 “I am very passionate about this work and excited that Washington has embraced orca recovery as a priority,” Galuska said. “I know that there are many Washingtonians who are equally passionate about these beautiful, iconic marine mammals, and I hope that together we can make a difference in the orcas’ population and health.”

Southern Resident killer whales, or orcas, have decreased in numbers from 98 in 1995 to 75 as of February, causing them to be protected under the federal Endangered Species Act.

In 2018, Inslee created the Southern Resident Killer Whale Task Force to look for ways to improve the plight of orcas.

The task force met for nearly 2 years and recommended 49 actions, many of which are being implemented now individually by state agencies and others. There has been no person charged with coordinating the task force’s efforts until now.

“We’re thrilled to have Tara onboard,” said JT Austin, senior policy advisor on natural resources for the Governor. “Tara has a proven track record of working through complex issues and working with different groups to accomplish goals. Her knowledge of salmon, the whale’s primary food source, and other water issues will be invaluable.”

Galuska manages the Salmon Recovery Section of the Washington State Recreation and Conservation Office, which provides $240 million to seven major salmon and ecosystem recovery programs every biennium. Before that, she was an environmental specialist and planner for two other state natural resource agencies, working on water quality studies.

Galuska has dedicated most of her career to salmon recovery and environmental issues and has nonprofit experience in outreach and education. She has been a whale watching naturalist in the San Juan Islands; a program coordinator aboard the
1913 wooden sailing schooner, the Adventuress; a field seminar instructor in Olympic National Park; a manager and field biologist for a Costa Rican conservation center; and a public programs manager for the Lawrence Hall of Science at the University of California at Berkeley.

“We have so many tough challenges ahead to increase the orca populations,” Galuska said. “It will require all of us working together to change their fate. I can’t imagine any more important work than saving this beloved symbol of the spirit of the Pacific Northwest.”