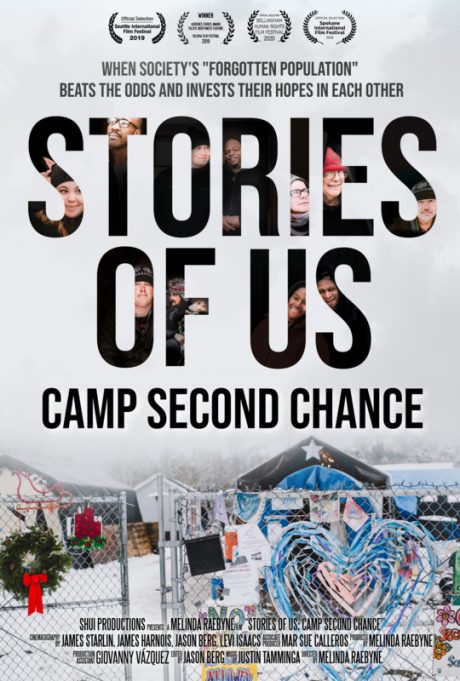 “Stories of Us: Camp Second Chance” will be played during the October film festival. Friday Harbor Film Festival, Contributed.

From the Friday Harbor Film Festival

Because she rated and commented on the most films submitted through FilmFreeway, she will receive a free pass to the Friday Harbor Film Festival Hybrid Festival in October. Four runners-up will each receive a 30% discount on festival passes or tickets of their choice.

As a result of all contest participants’ comments, the following five top-rated films will be shown during the hybrid festival Oct. 14-24.

Feature 1: “Stories of Us: Camp Second Chance.” Director Melinda Raebyne embeds herself at one of Seattle’s homeless camps, Camp Second Chance, one winter, challenging public ignorance and humanizing a population that locals would rather neglect.

Short 2: “The Hunt for the Asian Giant Hornet.” Scientists race to stop the spread of a new invasive species to bring balance to our ecosystem before it’s too late — but first, they have to find it.

Short 4: “Tuned Up.” Pat, a guitarist in the band Carmanah, advocates for climate action and environmental justice, touring in a 1970s bus running on used vegetable oil, inspiring people to make their own small changes.

It is not too early to mark your calendar to view these and many other excellent documentary films to be shown during the ninth annual film festival.

The event kicks off with an awards gala on Oct. 14 and will feature in-person screenings Oct. 15-17 followed by on-demand streaming Oct. 18-24 at www.fhff.org.