About the Author
Peggy Sue McRae

Local artist Peggy Sue McRae has lived on San Juan Island most of her life. She is a painter who has worked in a variety of mediums including, oil and watercolor painting, stone carving, printmaking and collage. In 1999 she earned her master’s degree in Fine Arts from Washington State University. She was awarded a residency with the Morris Graves Foundation in 2004 and was accepted into Women Painters of Washington in 2007. Her work has been exhibited throughout the Pacific Northwest and in China. She is the author of the art blog Blackfish Art. 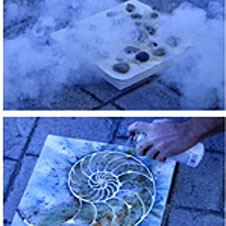 Dwight Dukes from Orcas Island demonstrates his EXPLOSIVE! technique using gunpowder on venetian plastered panels to create his work. Photos are from Dwight’s demonstration at Gallery San Juan during this year’s Artstock festival. 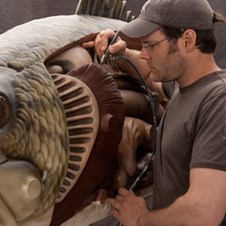 San Juan Island’s prodigious sculptor Matthew Gray Palmer has been busy creating new work. (You may remember his elephant sculpture when it was in the ferry line last January…) At first glance Matthew’s sculptures may look familiar: a Barn Owl, a Raven… but take a closer look and they seem to defy gravity. Using a  Continue Reading 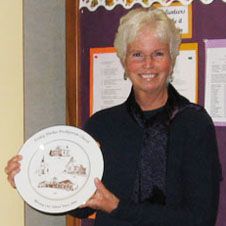 Friday Harbor Presbyterians celebrated 150 years on San Juan Island (Part II: The 20th Century) last night. Mike Vouri walked us through time with choice historic photos and Pastor Joe Bettridge continued with the history of the congregation. The evening was livened up by stories from the living memory of attendants. Lynette Guard confessed to  Continue Reading

Pretty cool stuff going on at the Corner Store…

I stopped by The Old Corner Store’s new Studio 7 on Cattle Point Road today. Studio 7 is the gallery and studio space of local artists Anthony DiMichele and Cynthia Church. I asked Anthony about the upcoming show About Face: Portraits and Self Portraits opening October 31st. I’d seen my friend Thrinley Dimarco’s works in  Continue Reading 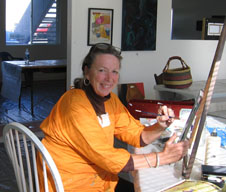 I stopped in to talk to Lynn Mercer today at the Island Arts League’s spacious light filled new studio space. The League has been around since 1997. Back then I taught some drawing classes through the League in the basement of the Episcopal Church (hauling my still life, including a Greek column, around in the  Continue Reading 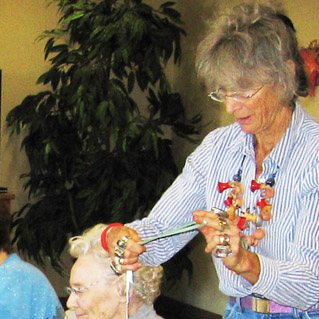 I caught up with Francie Hansen today at the Village at the Harbour where she and Beth Spadafora were making fresh lavender sachets with resident seniors. Francie will be teaching a Fetish Doll Making workshop on Saturday, October 23rd at the Island Artist’s League’s new studio located at 774 Mullis St. (the big blue building  Continue Reading

Makin’ history at the Presbyterian Church for 150 years…

Friends at the different galleries around the island that were part of Artstock told me it was gratifying to see all the folks who came by to visit this past weekend…here’s a sample, in pictures, of what was going on.

There are a couple of photography studios along the Artstock route – drop in on Anne & John this weekend: Photographer Anne Sheridan welcomes you to her studio to celebrate Artstock this Saturday and Sunday from 10 am to 4:30 pm. Anne will be showing new works from her “Transform” series. In her images Anne  Continue Reading

It’s this weekend! Artstock runs for Saturday & Sunday – here’s the story about THAT. One of the studios to drop by this year – Darleen Nixon. Darleen Nixon creates jewel-like glass beads. The technique she uses is called “lampworking” because the artisans who invented this method used wax or oil lamps to melt their  Continue Reading