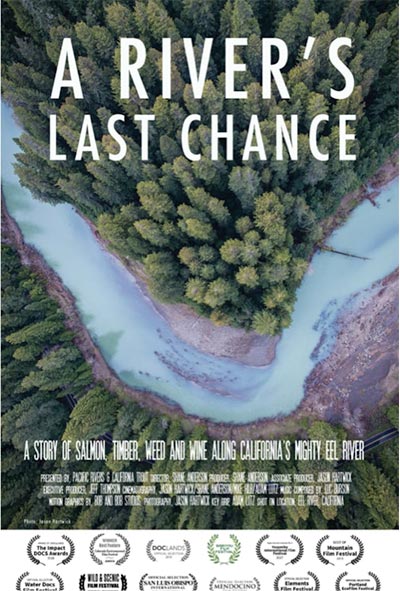 Friday Harbor Film Festival Winter Series – Best of the Fest – Tuesday, March 5th at the Grange at 7:00 pm A River’s Last Chance: A Story of Salmon, Timber, Weed and Wine along the Mighty Eel River – the award winning film about saving our Salmon and rivers. The Eel River in Northern California  Continue Reading 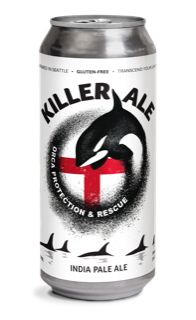 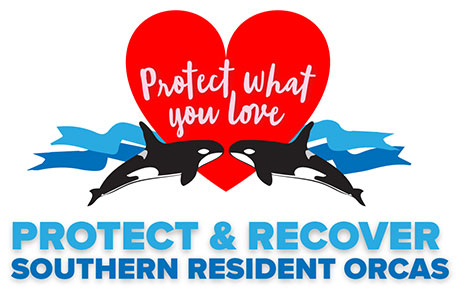 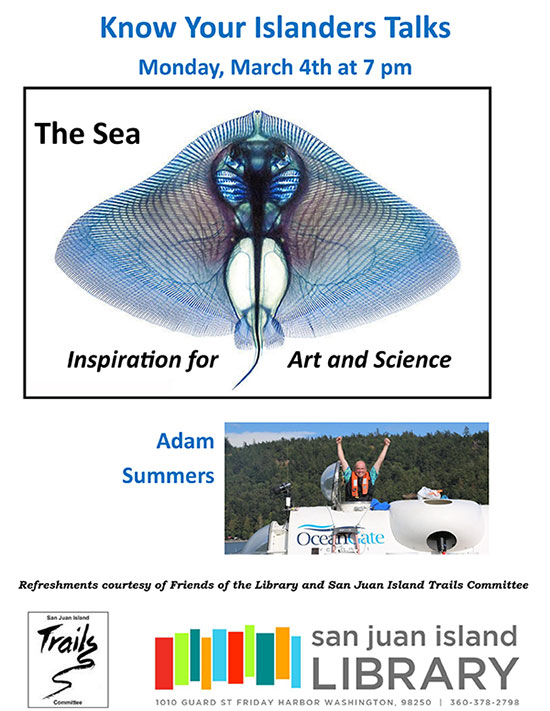 Adam Summers – The Sea: Inspiration for Art and Science Dr. Adam Summers, who runs the Comparative Vertebrate Biomechanics Lab at the Friday Harbor Laboratories, will present a naturalist’s opinion on nature as a source of inspiration for art and science.   Monday, March 4 at 7 pm San Juan Island Library Free Refreshments will  Continue Reading 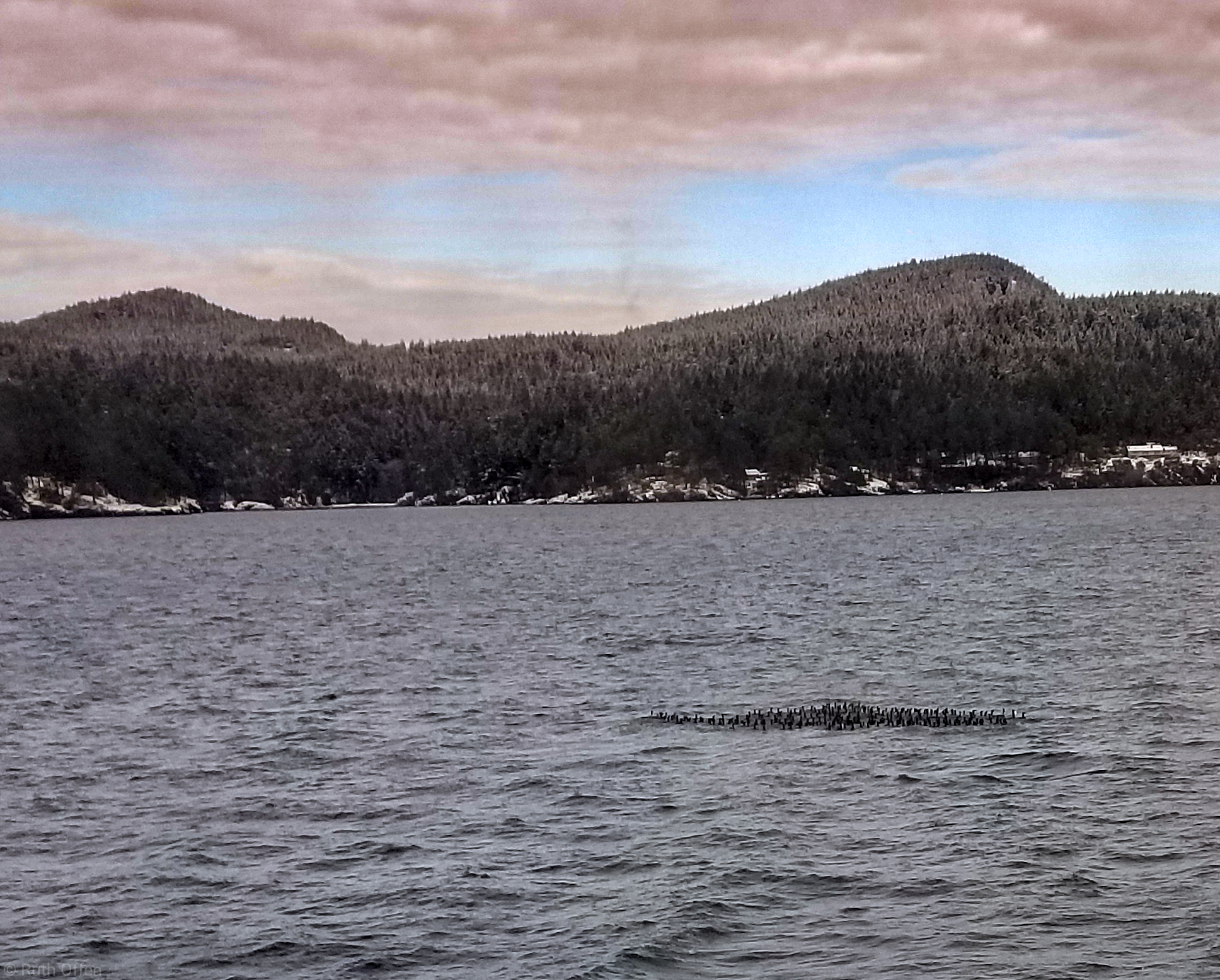 What Birds Are These?

We received this photo from Ruth Offen, “Just saw this gathering of I think commerants or loons all floating together. First thought it was herring ball, but not. Have you or anybody else seen this sight before?” Click on the photo to enlarge the image and if you know these birds and what they are doing please  Continue Reading 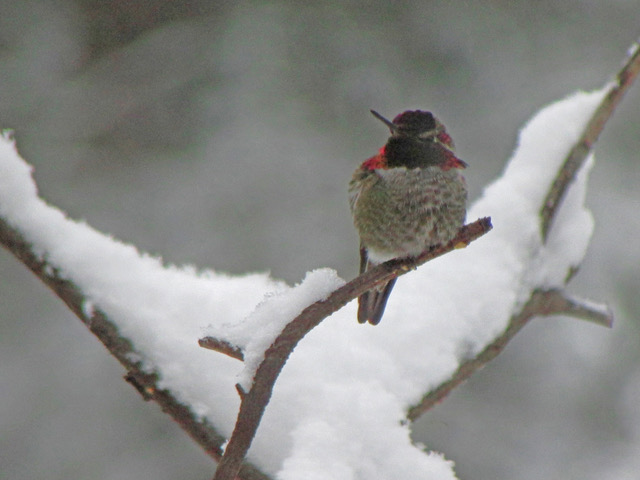 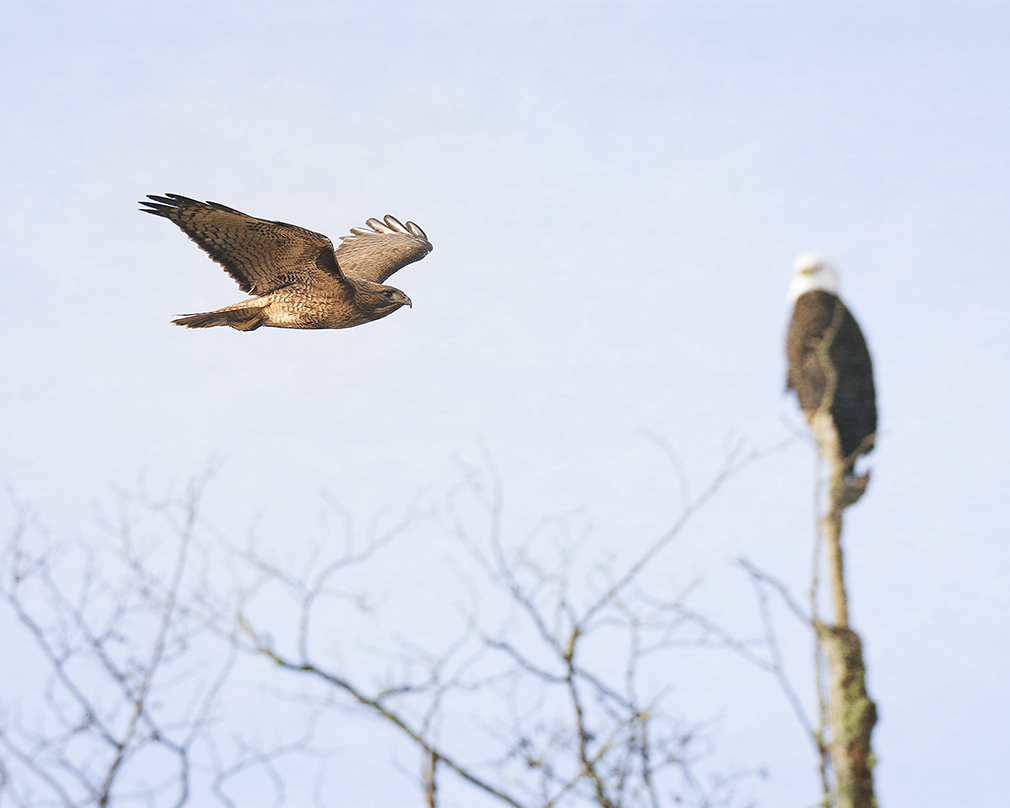 The Eagle and the Hawk

Thanks to John Miller for this great photo… click to enlarge photo. 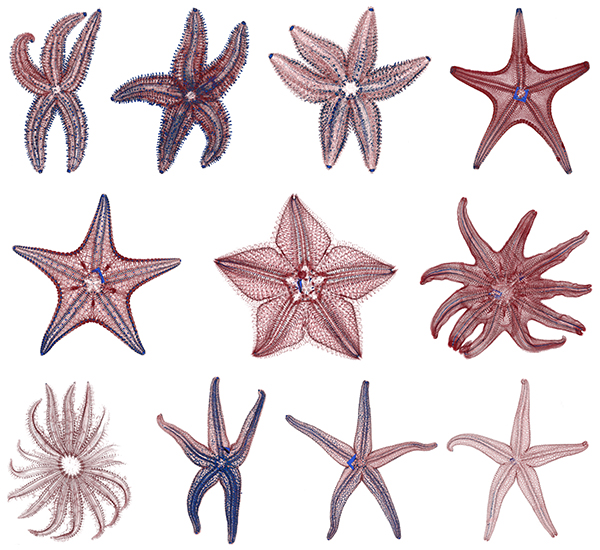 Mo Turner, Ph.D. candidate in Biology at the University of Washington and Cassandra Donatelli Ph.D. candidate at Tufts University are collaborating scanning sea stars. In January they presented their preliminary findings to the Society of Integrative and Comparative Biology. The following by Mo Turner, with Cassandra Donatelli is excerpted from February’s Tide Bite, the newsletter of the  Continue Reading 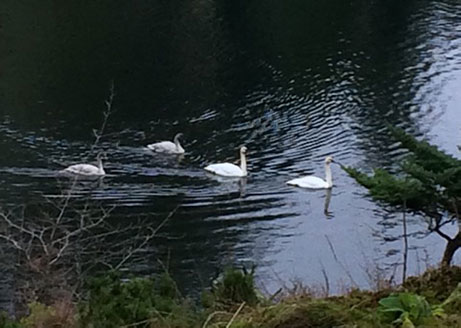 Here’s a note from Kathleen Foley to all the folks who participated in this year’s swan count. Just thought you might like to see it… Hello swan counters, Thank you for your participation in the 2019 wintering swan count, held last Friday. Thank you as well, to everyone for returning your count forms to me  Continue Reading 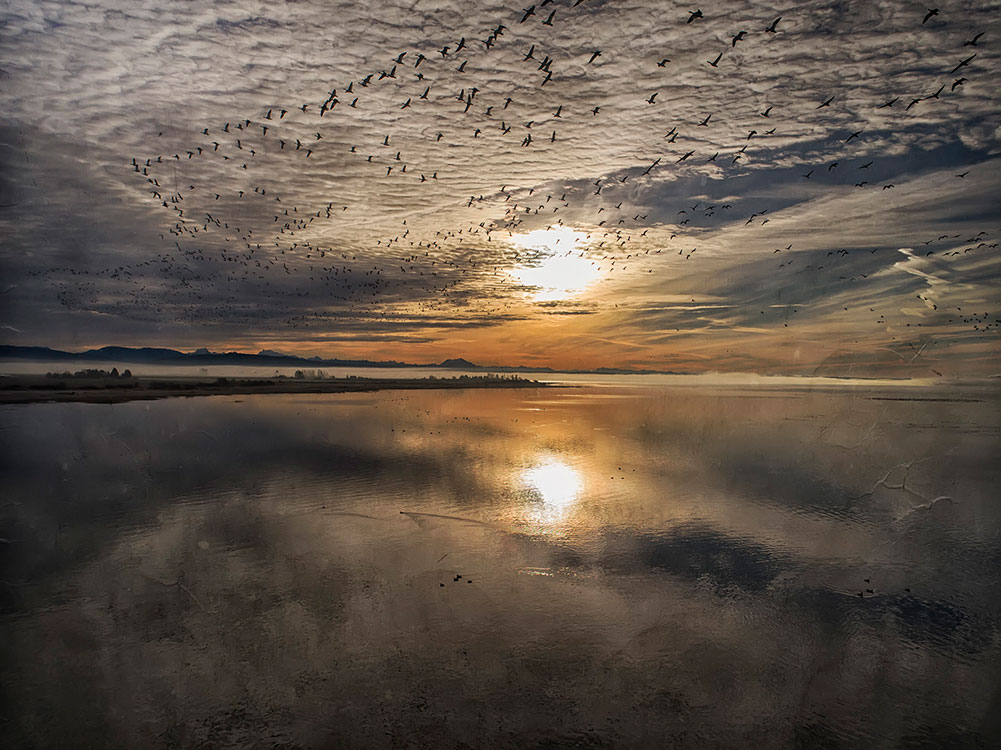 John Miller shares this photo he shot with a drone on Fir Island yesterday morning. Click to enlarge. Thanks for sharing John!

Protect What You Love

During Valentine’s week Friends of the San Juans will explore the plight of the Southern Resident orcas and engage the community in actions that can help their recovery. Find out what the Southern Resident orcas need to survive and thrive including how the Snake, Frasier, Columbia, Skagit and other river systems impact the orca; how  Continue Reading 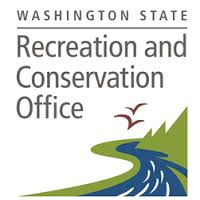 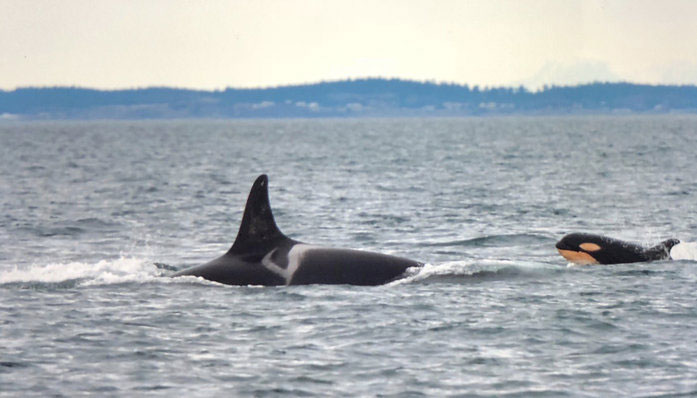 This just in from the Center for Whale Research… On January 10, 2019, TV stations in Seattle aired live aerial footage of several groups of killer whales in Puget Sound near Seattle, and discerning viewers were able to see a very small whale among them. CWR researcher, Melisa Pinnow, was able to see that L  Continue Reading 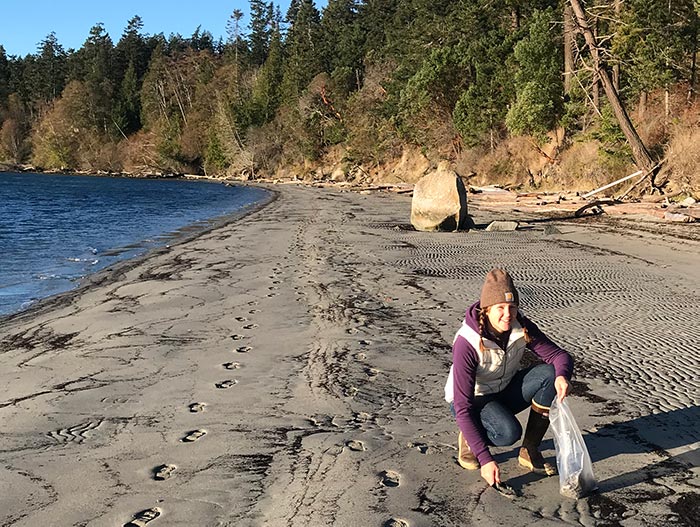 Did you know that our local sand and gravel beaches nurture incubating fish eggs? These eggs are virtually undetectable to the naked eye and come from two species of marine fish – surf smelt and Pacific sand lance. These species are among those referred to as “forage fish” for the vital role they play in  Continue Reading

The Pacific Whale Watch Association issued the following statement… Whale watching and responsible no/low-impact ecotourism is critical to education and conservation efforts that we all are engaged in to protect all whales in the Salish Sea. As the Legislature, the Governor’s Task Force, and the public continue working towards ensuring the safety of the Southern  Continue Reading 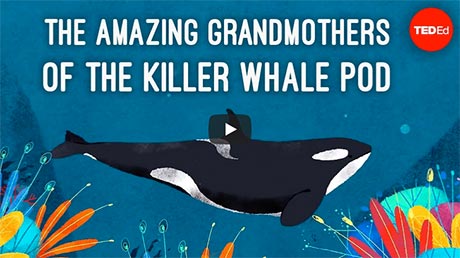 Inside the Killer Whale Matriarchy

The Center for Whale Research is excited to announce the release of a wonderful 5-minute animation that tells the incredible story of the importance of grandmothers in the Southern Resident orca community. Click the image above to view it. Thank you TED-ED, Darren Croft and Michael Weiss.

In the SJ Update mailbag we have a letter from Allison Lance… The more diverse an eco-system is, the greater its odds are for survival. Genetic diversity insures robust populations. This applies to Earth’s life forms, which includes humans. In order to ensure our survival we need robust biodiversity. Therein lies the problem, nature is  Continue Reading

State Awards Nearly $18 Million for Salmon Recovery Projects Statewide OLYMPIA – The Washington Salmon Recovery Funding Board today announced the award of nearly $18 million in grants for projects to restore salmon habitat in an effort to bring the iconic fish back from the brink of extinction. An estimated 75 percent of the funded  Continue Reading

Susan Wingate writes to share this article on deer population control… Dear SJ Update, I’m hoping to submit some information about the deer population that has become an issue with a certain sector of our residents and with the fish and wildlife community. [Please see] this information from the website: http://www.pzpinfo.org/pzp_faqs.html

In the SJ Update mailbag this morning we find this letter from Steve Ulvi… Running Down the Dream without Becoming Comfortably Numb Along with about a hundred others I attended the library presentation on black-tailed deer by Ruth Milne, WA Department of Fish and Wildlife. It promised to be interesting given the obvious problems and  Continue Reading 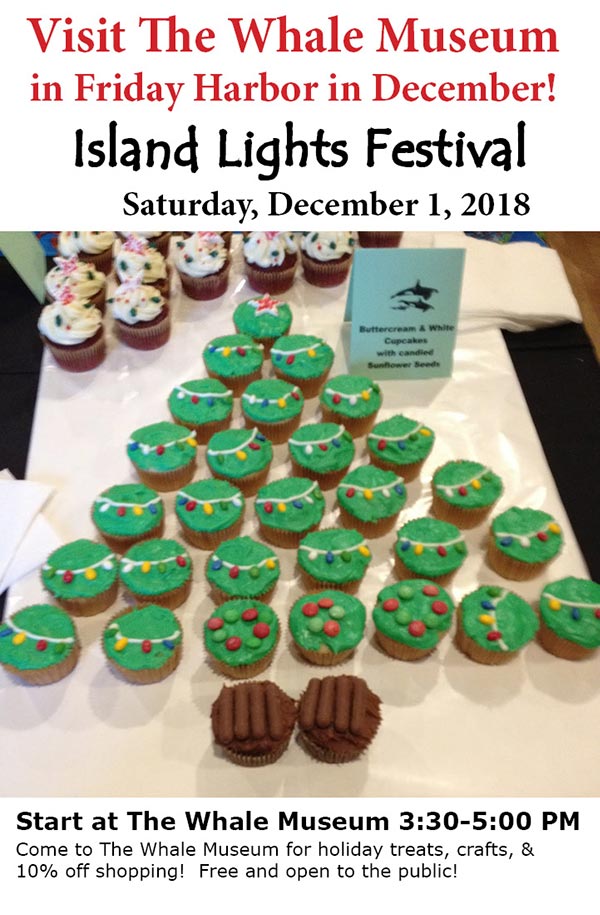 Here’s a message from the State of Washington Recreation and Conservation Office… OLYMPIA – Earlier this month, a woman reportedly released two large coolers of live tilapia into Sammamish Lake, a popular location for water sports and hiking. A concerned citizen saw the act and reported it to the Washington Department of Fish and Wildlife.  Continue Reading