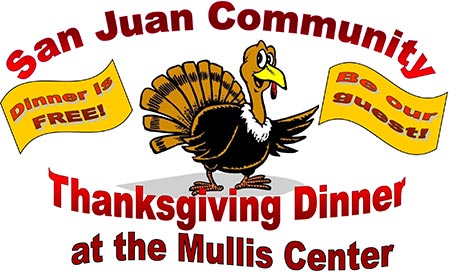 (Notice: This article was originally published with an incorrect link to the Community Thanksgiving Website. This has now been fixed) Thursday, November 28th  from 12:00 to 5:00 pm at the Mullis Center We are happy to announce, like Mark Twain, the reports of there not being a San Juan Island Community Thanksgiving Dinner have been  Continue Reading 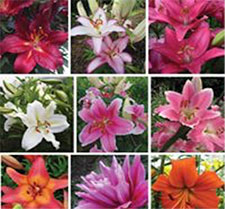 Dianna Gibson, owner of B&D Lilies in Port Townsend, is coming to Friday Harbor Tuesday, November 5th for a presentation on lilies and lily culture at the monthly meeting of the San Juan Island Garden Club. B&D Lilies is a family owned and operated farm specializing in garden-tested bulbs for over 35 years. Known for  Continue Reading

Necia Quast shares this announcement with you… A Hidden Problem, A Community Solution Most Islanders don’t know many teens struggle to be stably housed in San Juan County. A small number shelter in vehicles or tents, but many couch surf, staying with friends or family members on sufferance, often moving from place to place. Some  Continue Reading 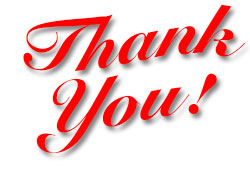 The Friday Harbor Chapter of the International Thespian Society would like to thank the generous support of the San Juan County Arts Council for their contribution to help bring an adjudicator to San Juan Island to see the high school’s upcoming production of Little Shop of Horrors. For the past two years, members of Friday  Continue Reading

Here’s what’s in the San Juan Update mailbag this morning… To the Editor: We usually fill out our ballots as soon as they arrive in the mail. However, we need more information before we can vote on Proposition 2. We completely support the programs funded by Proposition 2’s levy lid lift. In 2009, during the  Continue Reading 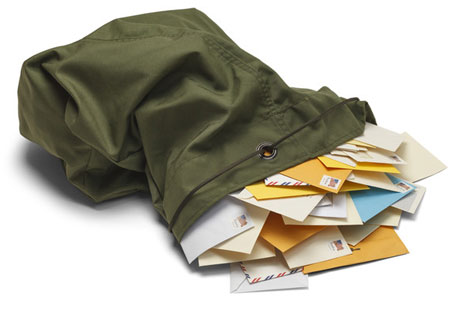 In the San Juan Update mailbag this morning we have this letter from Louise Dustrude… If you haven’t yet turned in your ballot, perhaps it’s because you think there’s no reason to vote in so many uncontested races. Here’s another way to look at it. In the public hospital district election, which is my focus  Continue Reading 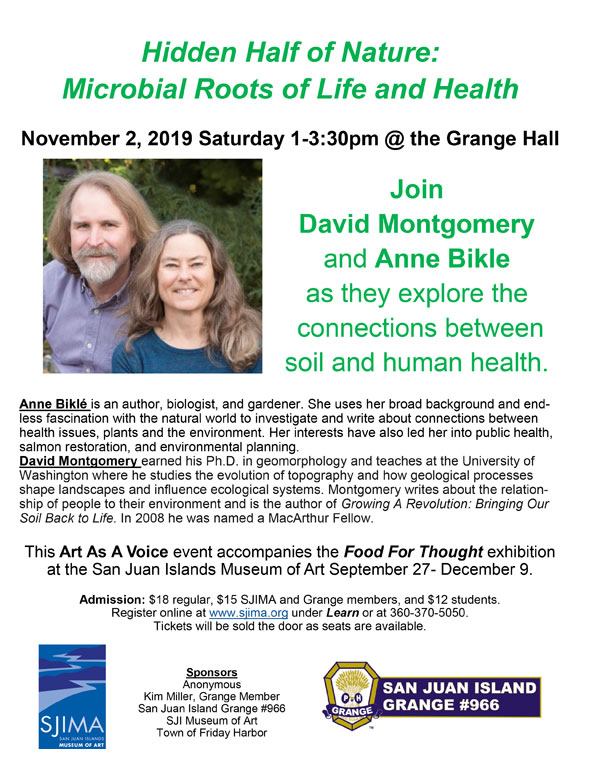 Hidden Half of Nature: Microbial Roots of Life and Health

Join David Montgomery and Anne Bikle as they explore the connections between soil and human health. David Montgomery earned his Ph.D. in geomorphology and teaches at the University of Washington where he studies the evolution of topography and how geological processes shape landscapes and influence ecological systems. Montgomery writes about the relationship of people to  Continue Reading 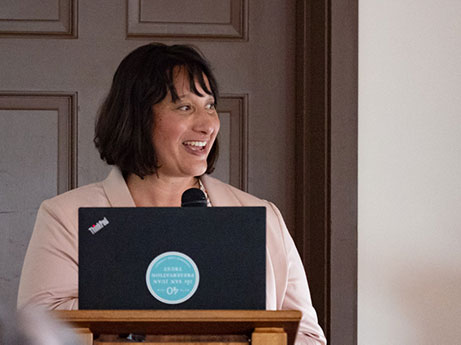 Angela Anderson, Executive Director of the San Juan Preservation Trust, has been tapped to join the Land Trust Leadership Council, an elite group of nationally recognized leaders in the land trust field. “As an exceptional land trust executive director, you will bring valuable experience and perspectives to the group,” wrote Andrew Bowman, president and CEO  Continue Reading 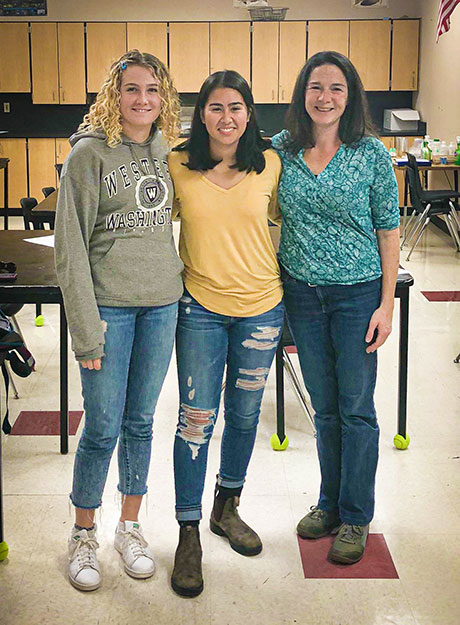 Composting: A Way to Mitigate the Effects of Waste on the Environment

Story by Ayla Ridwan and Raylee Miniken who are participating in the FHHS Community Service Project… San Juan County would greatly benefit from a commercial composter. Commercial composters help to mitigate the effects of waste by eliminating the methane production of compostable items. Composting is the process of decomposing matter. According to O2Compost, a commercial  Continue Reading 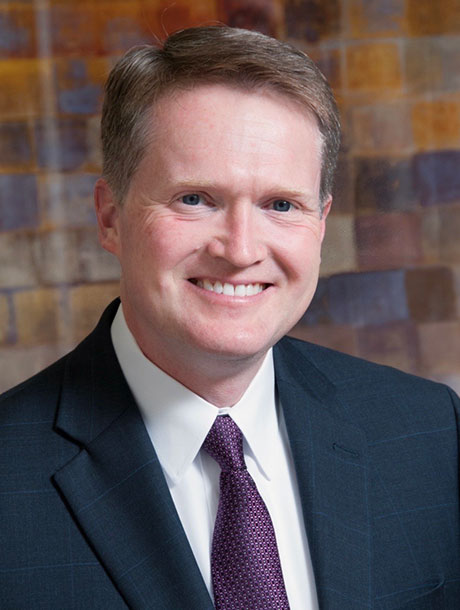 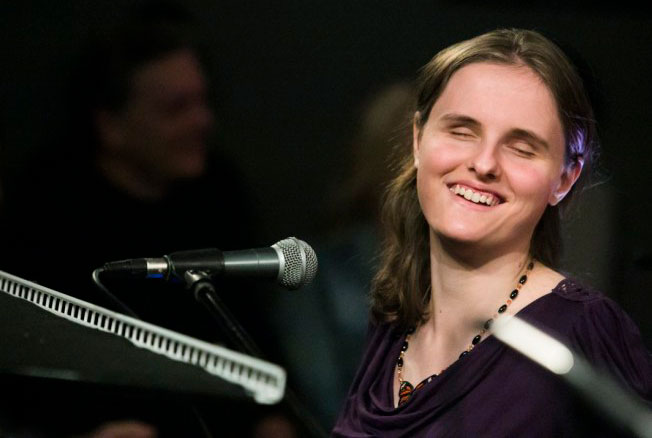 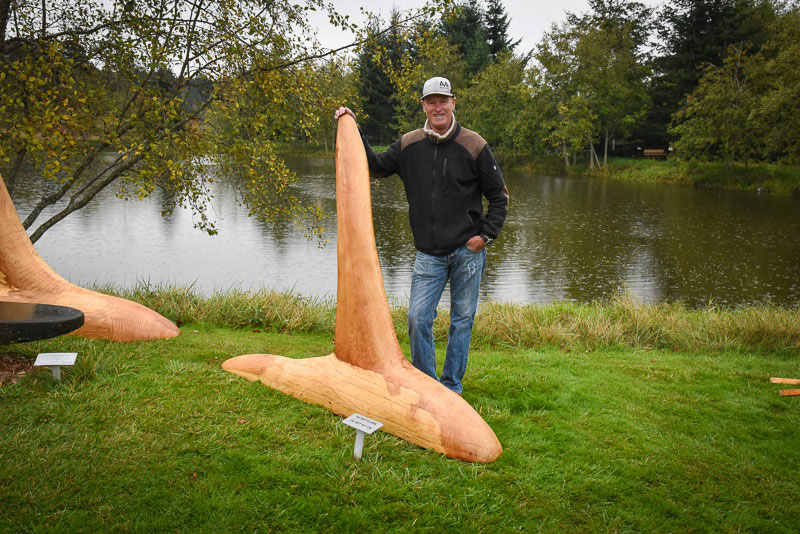 Some new sculpture was installed at San Juan Island Sculpture Park on Saturday, October 12. It is three pieces depicting members of the Southern Resident Killer Whales. Left to right in the photo above are Nyssa (L-84, died 2019), Ruffles (J-1, died 2010) and Scoter (K-25, died 2019) all carved from western red cedar by  Continue Reading 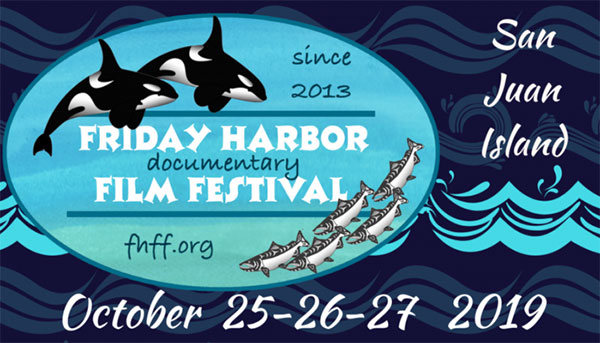 Dateline: Friday Harbor, WA – Have you ever dreamed of meeting and talking with actual astronauts? Now is your opportunity to interact with them during the Friday Harbor Film Festival! To enhance two exciting films about the space program, Pete Freeland, John Creighton, and Dr. Terry Stanford will participate in the Festival and speak after  Continue Reading 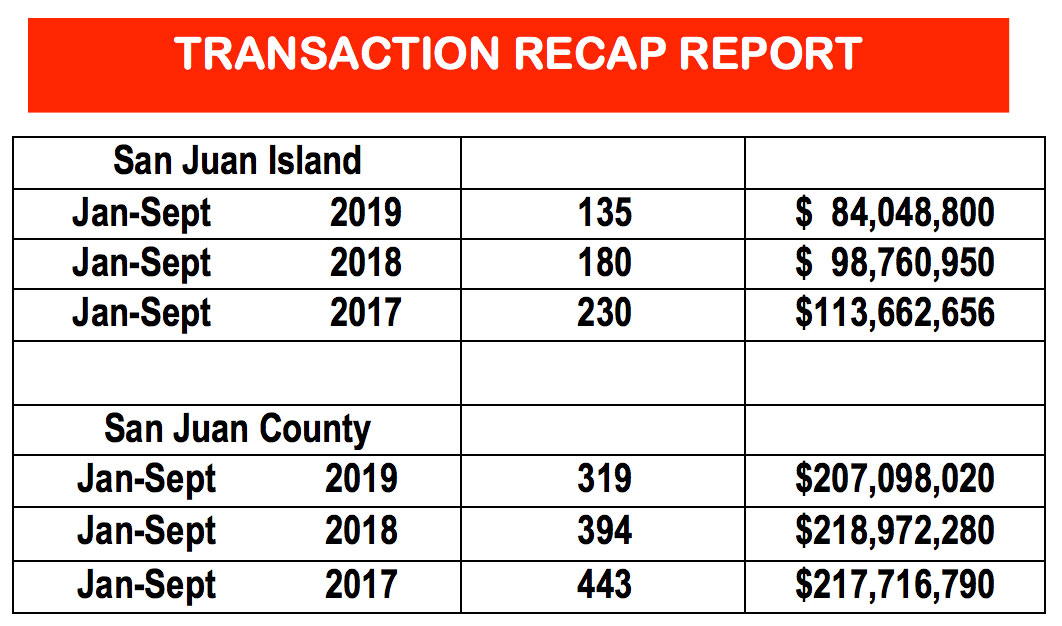 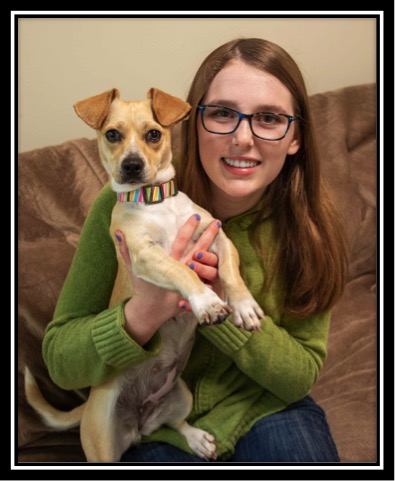 APS-FH Volunteer of the Month

The Animal Protection Society of Friday Harbor has announced Allison Larson as the Volunteer of the Month for October, 2019. Allison started volunteering at the animal shelter in 2016 and has been a loyal and regular volunteer. Allison can always be counted on to cuddle cats, wash dishes and fold laundry. The staff and board  Continue Reading 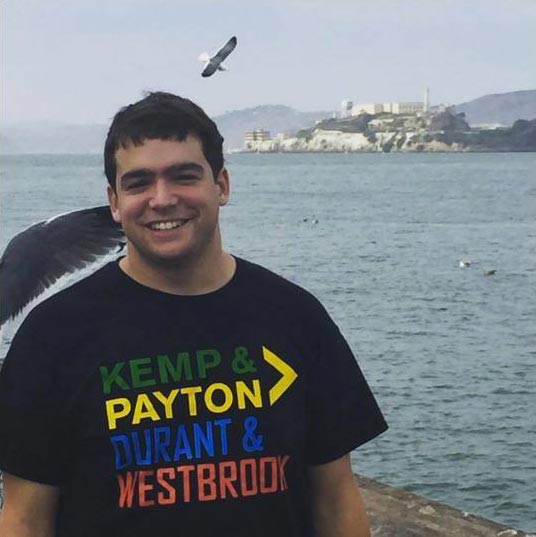 Island Rec is proud to announce that Douglas Archuleta is joining the team as the new after-school Program Manager. Doug will be overseeing the Study Time and Afternoon Recreation (STAR) program at Friday Harbor Elementary School. After growing up primarily in King and Kitsap Counties, Doug went to school at Western Washington University where he  Continue Reading 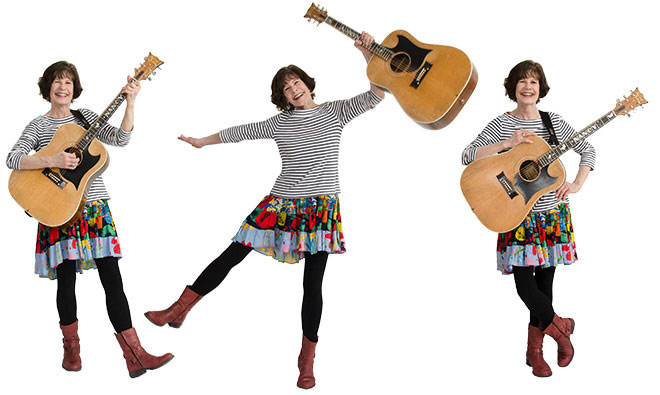 Join children’s musician Nancy Stewart for an evening “Under the Stars” with stories, silliness, and sing-alongs for the San Juan Island Library’s annual Pajama Storytime. Nancy Stewart is an award-winning musician and the creator of SingWithOurKids.com, an early literacy online resource for caregivers. The Pajama Musical Hour is on Friday, October 11th and begins at  Continue Reading 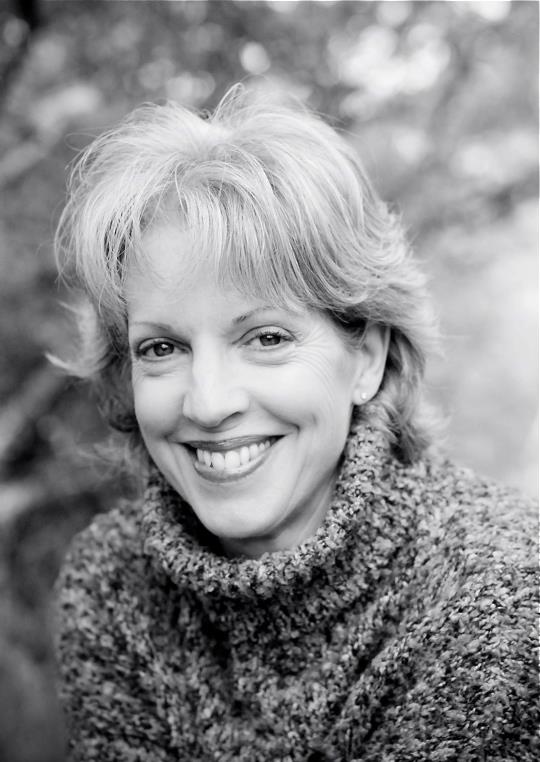 It’s That Time of Year…

Deb Langhans writes to share some ideas on how to cope with the added stress of the holidays… The holiday season–with its sometimes breathless succession of Halloween, Thanksgiving, Hanukkah, Christmas, Kwanzaa, New Year’s–is steadily advancing. (Geez, just writing that brings tightness to my tummy!) Since my clients are already showing signs of increased anxiety, fatigue,  Continue Reading 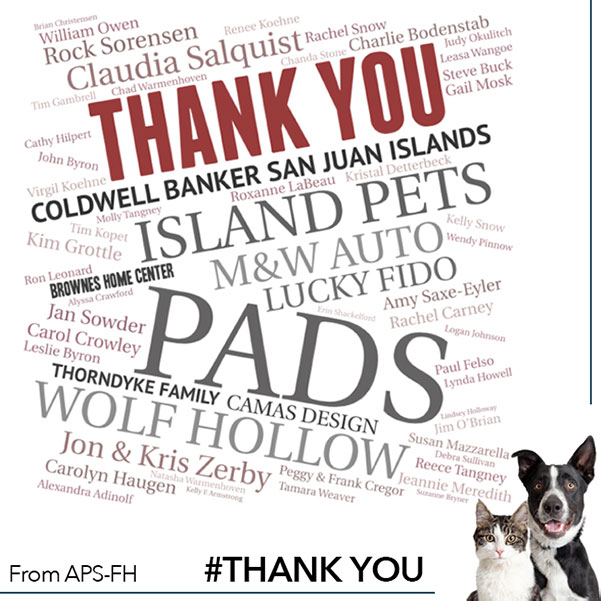 Animal Protection Society Of Friday Harbor Sends Sincere Gratitude for Adoption Celebration Success APS-FH sends warm thanks to everyone who shared in their first adoption celebration at their new home and helped to make it a huge success. The car parking, manned by the volunteers Paul Felso and Ron Leonard Saturday September 28th was full  Continue Reading 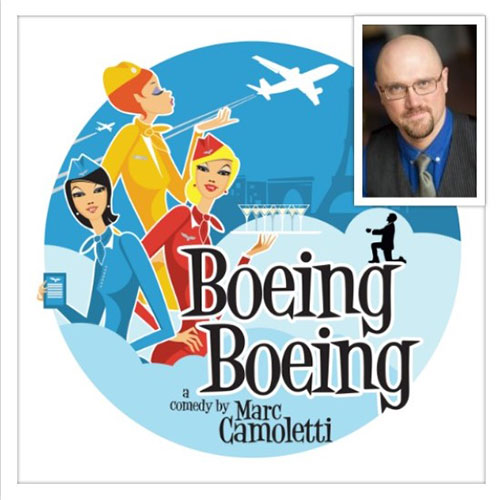 The following is a message from SJCT Executive Artistic Director, Nathan Kessler-Jeffrey… In 2008, I was in the middle of my second year of graduate school and really struggling. I had class 9am-5pm, production rehearsal 7pm-11pm, and scene rehearsal 11pm-1am. My coursework was intense, it was the beginning of the Recession, I directed three shows  Continue Reading